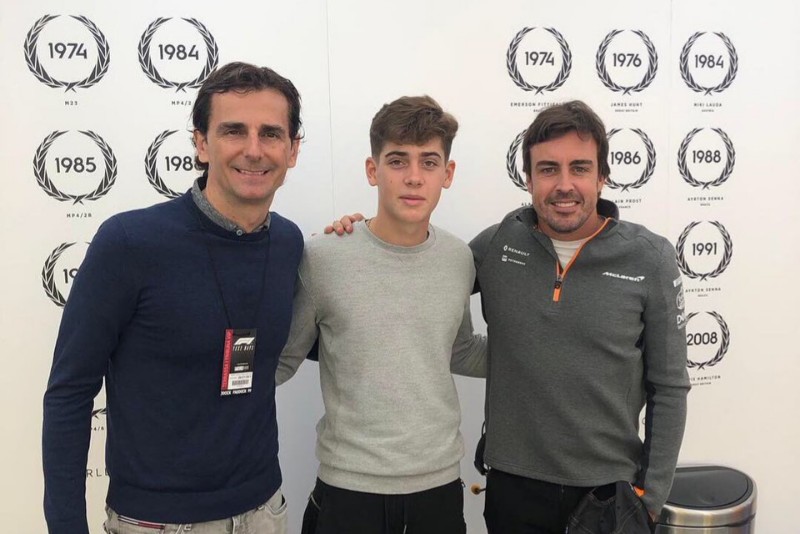 Argentinian teenager Franco Colapinto will race with the patronage of Fernando Alonso in Spanish Formula 4 this year as part of a four-car Drivex School line-up.

The 15-year-old signed with Drivex in January after winning in a cameo at the final round of the 2018 season, and was evaluating a switch to Euroformula Open after a hugely impressive test with the team at Barcelona last month.

After evaluating both series he has decided to stick to his original plan of racing in F4, and will be one of the title favourites following a successful testing programme in the F4 car.

Other recent additions to the Spanish F4 grid include F4 United Arab Emirates champion Matteo Nannini, who will be back alongside UAE rival and team-mate Shihab Al Habsi at Xcel Motorsport.

The Spanish F4 season gets underway at Navarra this weekend, with a provisional 15-car grid.