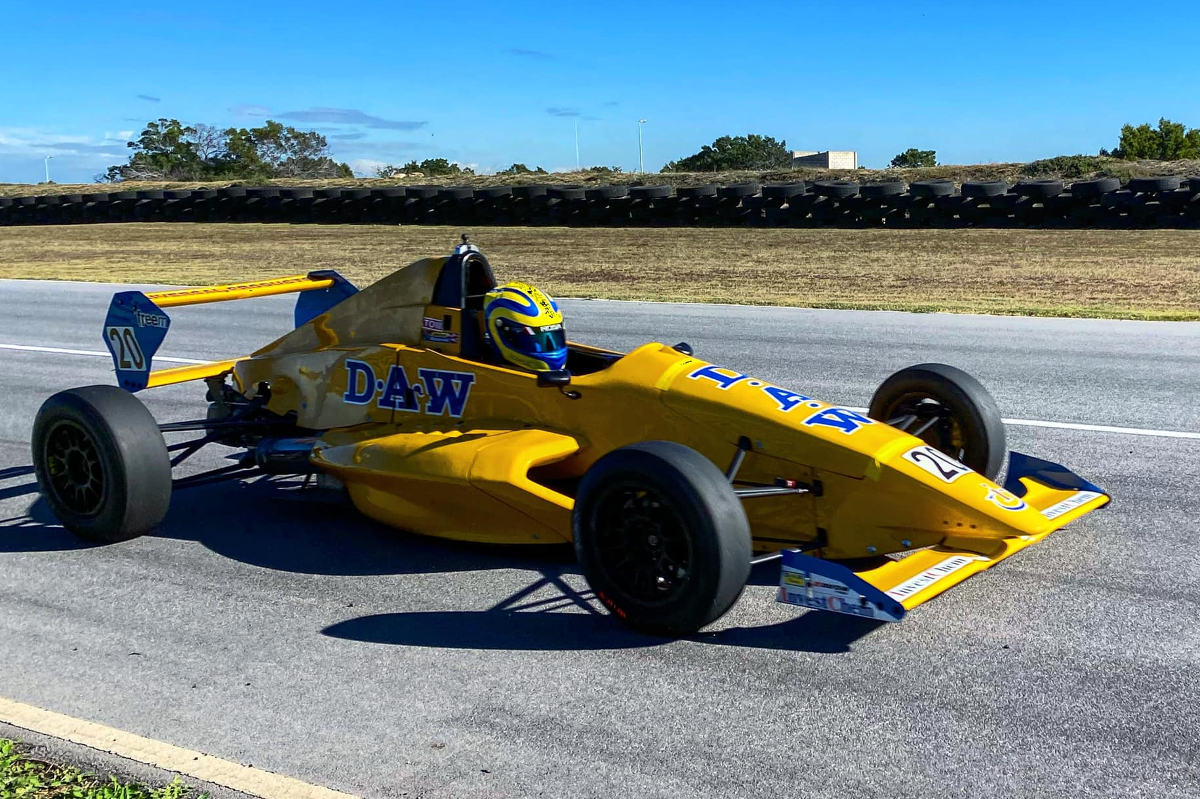 Kevin Mills Racing has signed South African F1600 runner-up Jarrod Waberski to complete its line-up as it enters the inaugural season of GB4.

The 16-year-old inflicted the only race defeat to dominant champion Andrew Rackstraw in South Africa last year, claiming eight podiums through his second season having debuted in F1600 in 2020 and made the podium as a rookie.

His single 2021 win was the first for DAW Racing in single-seaters since Waberski’s father Garth, who made it to British Formula 3 during his driving career, won in Formula GTi in 1992. Waberski Jr was 2018 South African karting champion.

“I’m really excited to get on the grid this weekend in GB4”, said Waberski, who will be making his slicks-and-wings debut.

“It’s going to be an interesting first event as my first experience of the car will be during testing, but thankfully it shouldn’t be too much of a step up from the winged Formula Ford-type cars I’ve been driving recently, so hopefully my experience will help me as I get up to speed.

“Kevin Mills Racing are a very well-known team in the UK with a track record of success in everything they’ve done, so I hope that will put us in a good position!”

Wabaski will be team-mate to Tom Mills, son of KMR’s eponymous team boss, in GB4. Mills was recently a stand-in driver for Waberski’s SA F1600 rival Josh le Roux in the BRSCC National FF1600 season opener due to visa issues for the South African, as KMR has a deal to run three drivers from the African series this year.

Waberski has tested at Snetterton, venue of this weekend’s GB4 season opener, in recent weeks to prepare for his move.

KMR boss Kevin Mills said: “It’s great to complete our GB4 line-up for Snetterton with Jarrod. It’s clear from his showings in South Africa that he’s got a lot of potential, and I think he’ll do very well as he adapts to the GB4 F4 car.

“We’ve done a lot of testing at the circuit in recent weeks, so have a lot of good data to share with him as we look to make the most of his obvious talent. As a team we can’t wait to get going this weekend.”