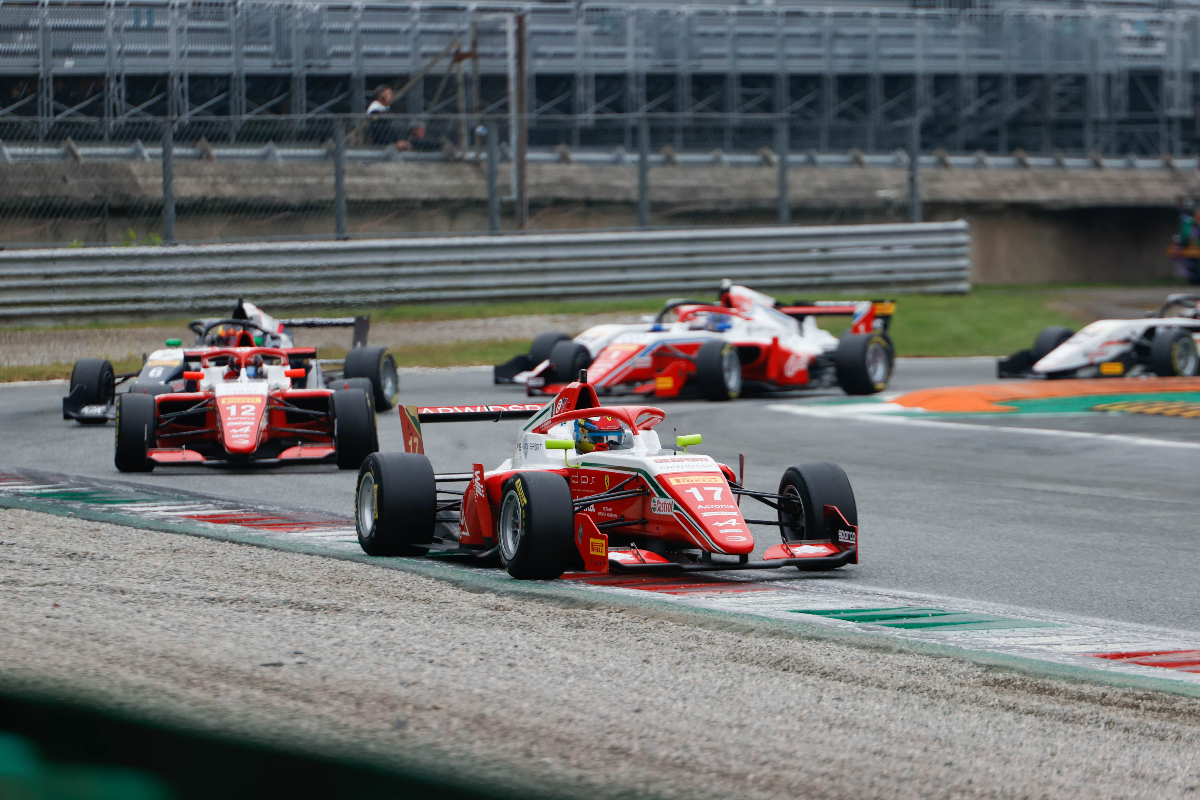 Formula Regional European Championship has published its 2022 sporting regulations, which lay out how its new push-to-pass system can be used.

A lack of overtaking through FREC’s three-year history led to talks last summer – which were revealed by Formula Scout – on whether to introduce P2P, a system where a driver can press a button that delivers extra engine power for a period of time.

Its arrival was confirmed this winter, and this week the conditions for eligibility of the activation of the system in track sessions were laid out.

Through pre-season tests, in-season tests and free practices, teams will be told in which session they are allowed to trial the P2P system, while in pre-event tests and in qualifying P2P will not be allowed.

In all sessions where it is used incorrectly, all laptimes will be cancelled, and therefore from qualifying drivers will be made to start from the back of the grid for the next race they participate in.

For races, a single use of P2P will be allowed before the formation lap to test the system’s functionality, but no resetting of the system is allowed during races if it proves faulty.

Each driver gets five presses of the button per race, with a maximum of 15 seconds of usage of the additional engine performance per push, unless a race is red flagged and restarted in which case the allowance could be reset.

P2P can only be used from lap two onwards, not while behind the safety car and only after crossing the line to start a new lap of racing when the safety car returns to the pits. Any violations of the P2P race regulations will result in disqualification, and “in case of repeated offence, this penalty will be added with a start at the back of the grid of the next race in which the driver participates”.

There are no conditions on whether the button can be used only in attack, such as with DRS which is used in Formula 2 and 3, despite its introduction heralding from a desire to increase overtaking.

Other revisions to the sporting regulations include pitlane speeding now meriting a 10-second penalty rather than a drive-through when it is a first offence, with a drive-through remaining the penalty when speeding is committed multiple times, and penalties that require entering the pitlane must now be served within two laps rather than three once a driver is informed.

A new limit has also been set on who can race in FREC, with Formula 2-experienced drivers barred due to their experience level and no FREC driver “may participate in the championship for more than three complete seasons, it being understood that participation in at least 80% of the events in a season shall be considered as participation in a full season”.

There is a change to the maximum number of operational staff members that teams can have working on cars for 2022, with nine and seven being the caps for three and two-car teams respectively.