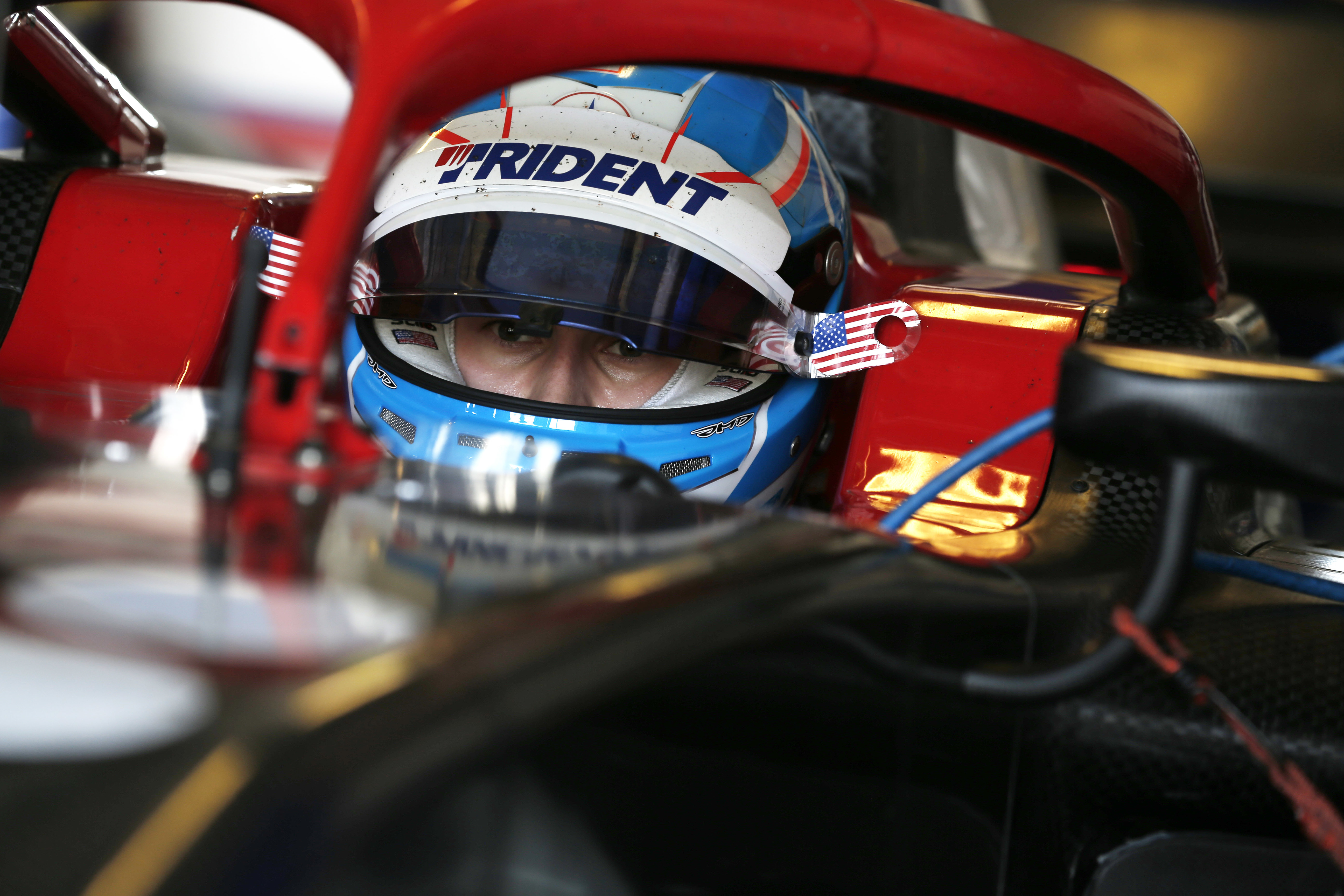 Ryan Tveter will make his Formula 2 debut this weekend with Trident, replacing the cash-strapped Ralph Boschung.

Boschung, 21, is in his third season of F2 but has yet to complete a full campaign due to budgetary issues. He’s scored points twice since joining Trident for 2019, and was originally entered for this weekend’s Red Bull Ring round.

Trident regular Tveter raced in GP3 for the last two seasons, taking five podiums, but was left without a seat for this year. The 25-year-old American did however end trial F2 machinery in the 2018 post-season test with the team and set an impressive pace.

?I am incredibly excited to be back with the Trident family again and am so grateful for the opportunity to make my debut in FIA Formula 2 this weekend in Austria,” said Tveter.

?Together we have achieved some pretty remarkable results over the last two seasons and I thank Trident for showing their continued confidence in me.

“It?s been a bit of a long wait since my first F2 test in Abu Dhabi last year, but as you can imagine, I?m beyond excited to get back out on track.”

“It could not be otherwise, given the strong bond that exists between Ryan and the team. We will give one hundred percent plus to provide Ryan with a car to the calibre of the results we know he can deliver.”

Sharing the news of his departure via Twitter, Boschung said: “Unfortunately I will not race any longer in FIA F2.

“It?s a shame that money is the major factor in this sport. I?ve been fighting so hard for so long. But expect me to fight back hard. I?m not giving up just yet. Thanks to everyone for the support. I really appreciate it.”

Tveter will partner his former GP3 team-mate, Ferrari junior Giuliano Alesi at Trident, which is currently 10th and last in the team standings.