Rubens Barrichello’s son Eduardo to race in US Formula 4 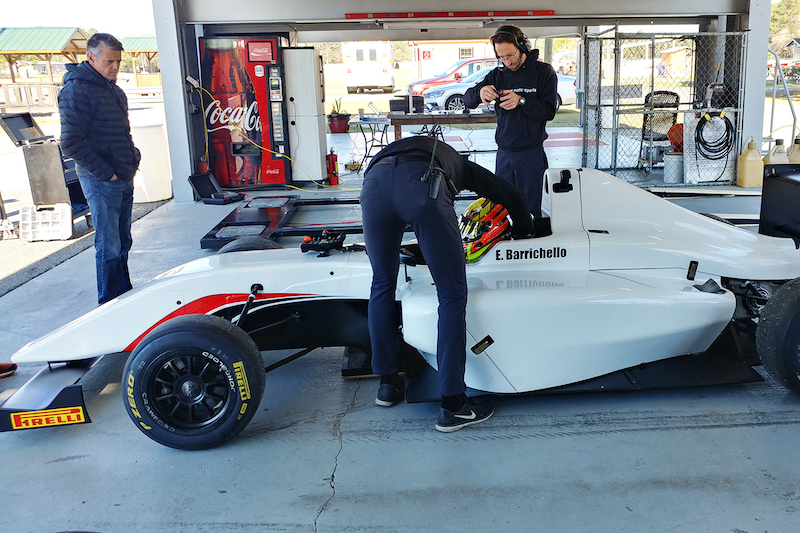 Having been testing F4 machinery over the past year, ‘Dudu’ will contested the US series with a new team, DC Autosport.

“I am looking so much forward for the start of the season,” said 16-year-old Barrichello.

“I love driving the F4 car and I am really excited to drive for such a team as DC Autosport. F4 is the beginning of everything for me and I want to do well at it.”

Rubens added:?”I am really excited for Eduardo. He is really talented in karts and I am sure he will do great in formula cars as well.”

DC Autosport has been set up by?Don Conner, a former engineer at Cape Motorsports which took Kyle Kirkwood to the US F4 title in 2017. He will continue to work closely with Dominic and Nicholas Cape in a technical collaboration.

“I’m certainly ready to get the season underway, and we primed and ready for the official series test at NOLA Motorsports Park this weekend,” said Conner.

“I’m extremely excited to have Eduardo on-board with us. He’s talented and has great passion for the craft, which has no doubt been passed down from his father.

“I’m honored that Rubens has chosen to trust us with Eduardo’s entry into open wheel racing, and I know that our goal will be to win the championship. Pairing him with a veteran like Steve provide a stable atmosphere for him.”