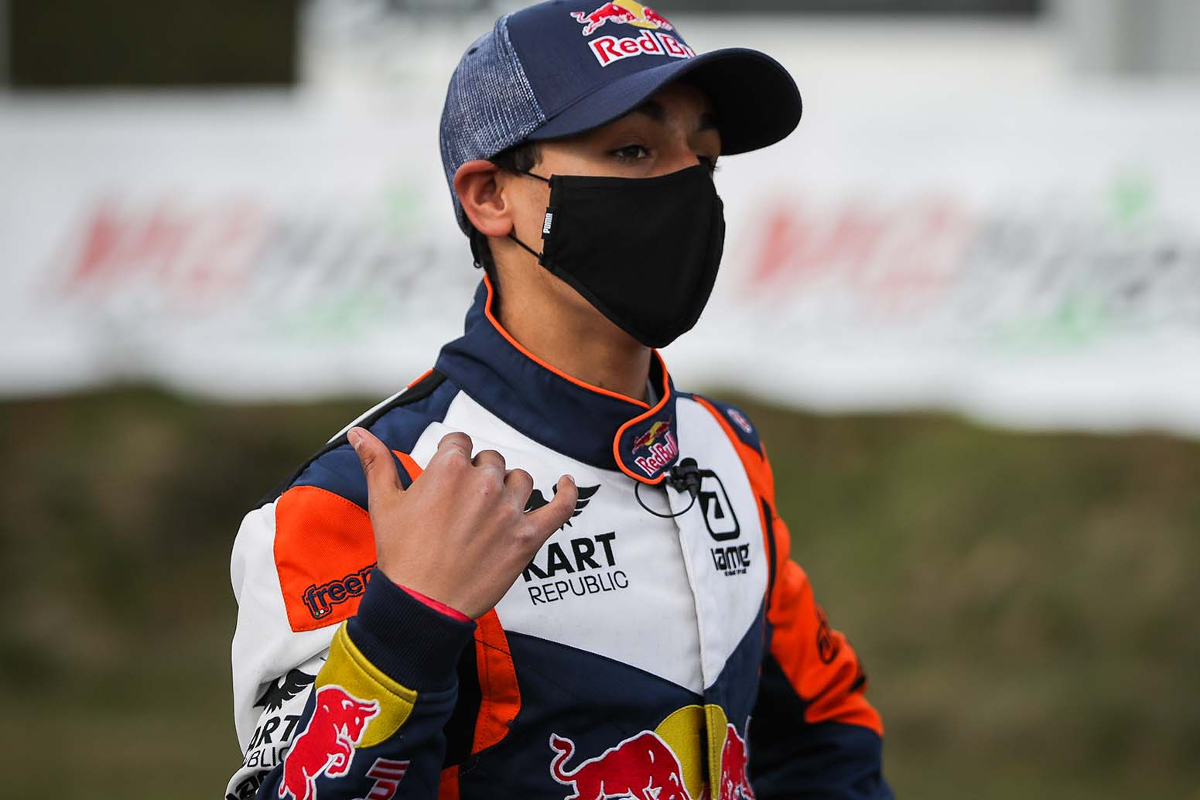 Red Bull Junior Team-supported driver Arvid Lindblad will spend next year in karting rather than move into single-seaters.

Lindblad was signed by Red Bull after winning two major titles in OK-Junior karts in 2020, and stepped up to senior OK karts this year with the anticipation he would then progress to cars in 2022 as a full junior.

“Fantastic end to the season and yes we got the wings needed,” Lindblad said after winning the Final Cup last weekend.

“It was always going to be an uphill struggle after the DNF in heat one. Drove my heart out all weekend. Such a great feeling to come out on top of the WSK Final Cup. Huge thanks to everyone that supported me in 2021. Can’t thank you enough.

“Now preparations start for 2022 when I will step up to KZ class with SP Motorsport.”

The British-Swede is expected to gain full Red Bull Junior status now, and will begin 2022 by moving into KZ2 shifter karts with SP Motorsport. The Dutch outfit uses Kart Republic chassis as team owner Stan Pex is one of its factory drivers, as is Lindblad. Pex is a long-time friend of Max Verstappen along with brother Jorrit, a former karting team-mate and rival of Red Bull’s Formula 1 championship leader.

While McLaren junior Ugo Ugochukwu and Ferrari Driver Academy target Tuukka Taponen have aleady begun Formula 4 testing programmes for 2022, with Taponen actually a race-winner in the Formula Academy Finland series while he was still 14, Lindblad has focused solely on karting and there are no known plans for him now to start racing in single-seaters prior to his 15th birthday next August.

Sauber junior Emmo Fittipaldi headed to Danish F4 when he was 14, while Jak Crawford was winning in NACAM F4 from the age of 13 before he was snapped up by Red Bull and had his career relocated to Europe.