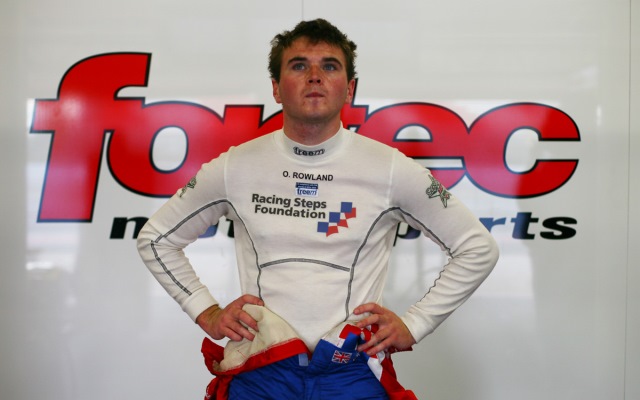 Rowland’s lap of 1m38.522s was more than 0.45 seconds faster than the previous benchmark at the Spanish venue, set by Raffaele Marciello last November.

Rowland was quickly joined inside the old record by his former Eurocup Formula Renault 2.0 rival Pierre Gasly. The Arden driver, who joined the Red Bull Junior Team over the winter, was 0.344 seconds off the man he beat to the Eurocup crown last year.

Sirotkin finished up third ahead of Draco’s Pietro Fantin and ISR driver Jazeman Jaafar. Carlos Sainz was sixth for DAMS ahead of Strakka’s Matias Laine and his own team-mate Norman Nato, with Draco rookie Luca Ghiotto and Arden’s Will Buller completing the top ten for the afternoon.

Testing continues on Wednesday and Thursday.