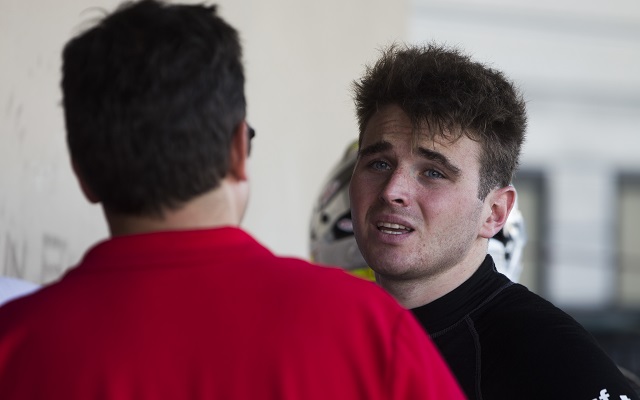 The Briton took part in four GP2 rounds in 2015, two of them with MP, with a best result of seventh.

He was also present in all three days of the championship’s post-season testing, spending a?day with DAMS, ART and Prema each and was rumoured to join the Italian squad for 2016.

Even though he only secured his?first title last year, Rowland enjoyed a successful career, which started with a second place?in Formula Renault 2.0 UK.

He joined MP Motorsport in Eurocup FR2.0 in 2013 to become runner-up there as well before taking fourth in his rookie season in Formula Renault 3.5.

The Briton had a dominant sophomore campaign last year, winning eight times to become the championship’s final winner?under the FR3.5?banner.

“Having worked and lived with the MP Motorsport guys in the Netherlands throughout my second year in Eurocup, we developed a really strong relationship which I hope we can capitalise on in GP2 this year,” said Rowland.

“We quickly re-established that productive partnership with a half decent debut at Silverstone last July and I hope we can start where we left off and make a strong impression in the paddock in 2016.”

“Oliver is a fantastic driver and the performances he delivered in Formula Renault 3.5 and in the MP Motorsport GP2 car last year show what an outstanding talent he is,” said MP Motorsport Manager Sander Dorsman.

“We are acutely aware that for him this is a make or break year in terms of his Formula 1 aspirations. So we will be doing everything in our power to ensure we engineer a car that will enable him to deliver.”

Rowland is MP’s first signing for the forthcoming season and the third Briton on the grid, joining Alex Lynn and Jordan King.