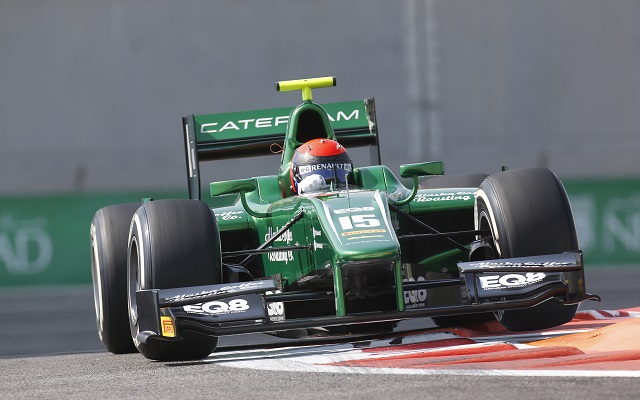 Caterham Racing driver Alexander Rossi, who recently took his first GP2 series victory in the series finale at Yas Marina, has topped the first session of the post-season test at the very same track.

Johnny Cecotto, testing for Venezuela GP, was the pacesetter in the early stages of the session, before being ousted from the top spot by Rossi an hour into the run. The American would then remain at the top, improving on his benchmark lap a number of times.

A late-lap effort allowed Daniel Abt to take second, narrowly overhauling Cecotto, who wound up third.

Mitch Evans took fourth, while Raffaele Marciello in fifth ended up being the top GP2 rookie of the session.

FR3.5 champion Kevin Magnussen opted not to run following a last-minute decision, the reasons for which have not been disclosed.