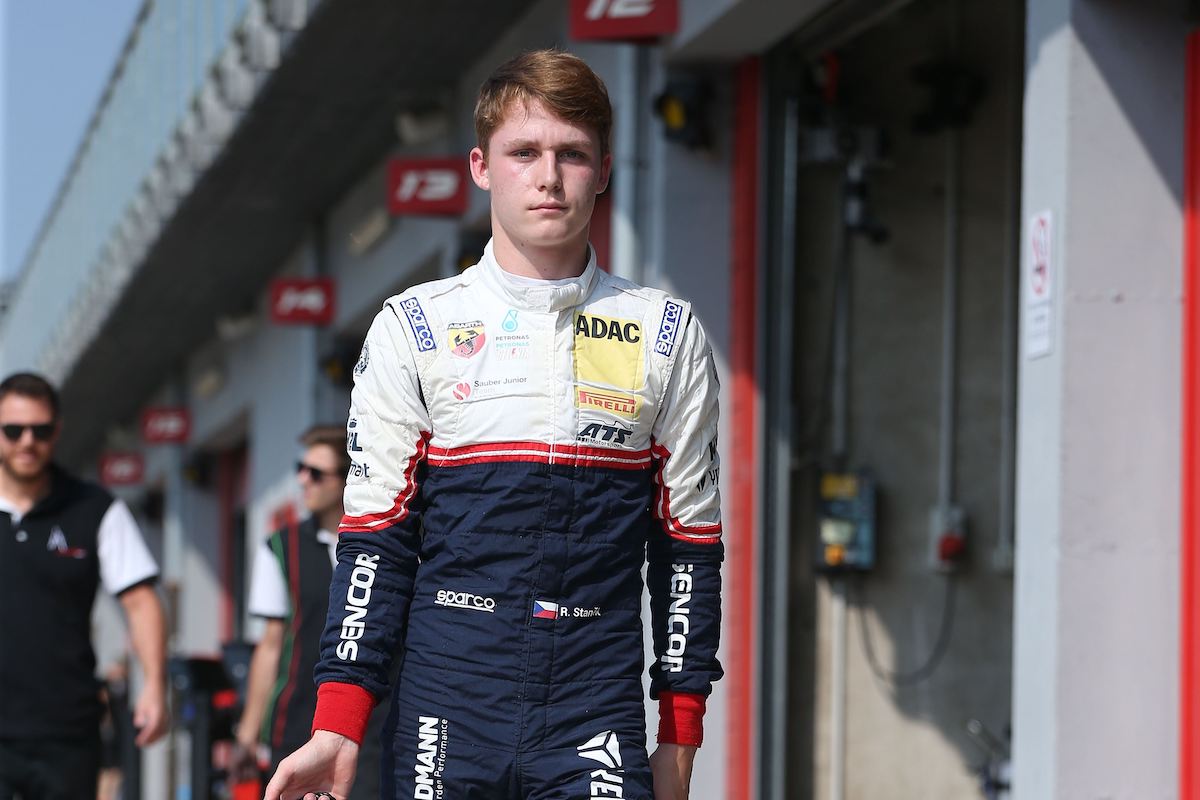 Stanek recently withdrew from his Formula Regional European Championship drive with Prema, and Czech media reports rumoured that he could step all the way up to Formula 2 with the country’s own outfit.

However, Stanek appears to have landed in F3 with Charouz, according to an FIA entry list published on Wednesday where he appears alongside Igor Fraga and David Schumacher.

Having only turned 16 in February, Stanek would be the youngest driver on this year’s FIA F3 grid, some six months younger than Theo Pourchaire, who was a Sauber junior alongside Stanek last year and has retained his Formula 1 support.

In 2019, Stanek finished fourth in ADAC Formula 4 and fifth in Italian F4 in his maiden season of car racing with the Charouz-supported US Racing team, taking three wins across the two series.

During the recent lockdown period, he has tested one of Charouz’s old Formula V8 3.5 cars at Czech circuit Most, and returned to FREC testing this week with US Racing at Misano.

The F3 entry list otherwise shows no changes following the coronavirus-enforced break – aside from the previously announced deal for David Beckmann to return with Trident in place of medical high-risk individual Devlin DeFrancesco, who has remained in the United States and is being linked to a seat in Indy Pro 2000 with Andretti Steinbrenner Racing.

Free practice at the Red Bull Ring starts at 0935 local time on Friday.