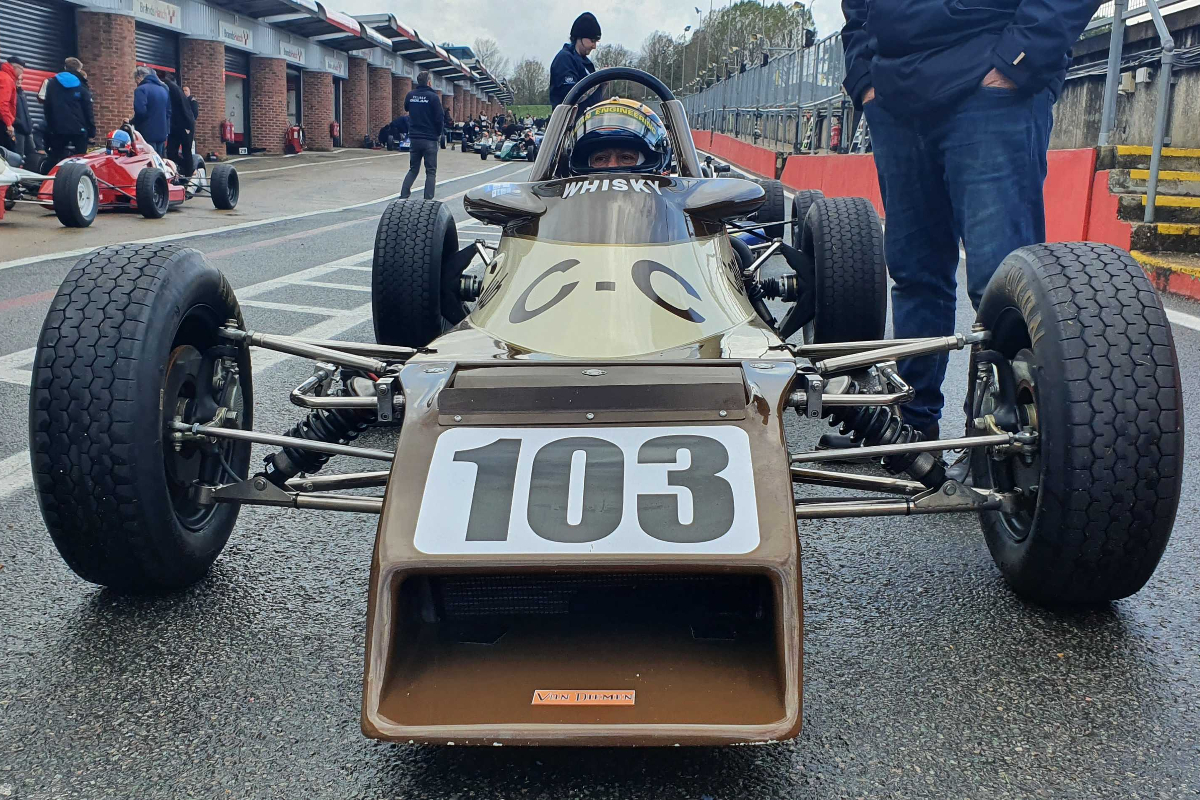 Past Formula Ford Festival winners Roberto Moreno and Marc Goossens are the biggest names on the entry list for this year’s event, which takes place this weekend.

Moreno won the Brands Hatch-based event in 1980, the same year he became British FFord champion, then went on to win the Macau Grand Prix and come second in European Formula 2 before graduating to IndyCar.

After two seasons he returned to junior single-seaters and won the International Formula 3000 title, then earned a Formula 1 seat with Coloni. Moreno moved to Benetton in 1990 and earned his first podium, but after he drove for backmarker teams.

In 1996 he returned to IndyCar, and in 2000 won the Grand Prix of Cleveland and came third in the standings.

Last year he made his Festival comeback, driving for the Snetterton Speed Shop team run by his old boss Jonathan Lewis and also reuniting with his mechanic Micky Galter. The Van Diemen RF80 he raced in even had his 1980 livery.

Moreno enjoyed the experience, but got no further than Saturday’s progression races, and at Brands Hatch’s Kentagon on the Sunday night promised he would return if in a modern car.

That hinged on his USA work commitments not clashing with the 2022 Festival date, and he confirmed last Sunday he would be free to attend to coach fellow Brazilian racer and karting star Cadu Bonini, starting his single-seater career this weekend with Kevin Mills Racing.

At the same time, FFord expert Alan Bowles started searching for a modern car for Moreno. On Sunday evening he called Graham Brunton Racing, and by Monday lunchtime a deal had been struck for the 63-year-old to race a Ray GR16.

“What an honour to have Roberto in the team,” said GBR’s eponymous team boss. “I’m at an age where he was one of the superheroes to me watching the sport. I saw how well he did last year, he may actually suit a modern car more. He spent considerably more years in car that are really stiffly-suspended like a ontemporary Ray FF1600, so hopefully it will suit him.”

Moreno flies to England on Wednesday, and coaches Bonini in pre-event testing for two days before testing his own car on Friday. Bonini has done two FF1600 tests to prepare for his debut.

It was a deal that was also intigated at last year’s Festival, with Langman setting Bowles the task of finding a suitable driver for the car.

“I put my thinking camp on, find a driver who’s still racing and still has the hunger for it, and Goossens fits the bill,” Bowles said.

Goossens, who is 52, is still racing in the NASCAR Euro Series. His junior career began in FF1600, winning the 1991 British championship and Festival. He was then third in British Formula 3, and twice came third in Int. F3000.

After that he finished fourth in the Le Man 24 Hours, raced in Super Formula, the FIA GT championship, IMSA, Belcar and eventually NASCAR.