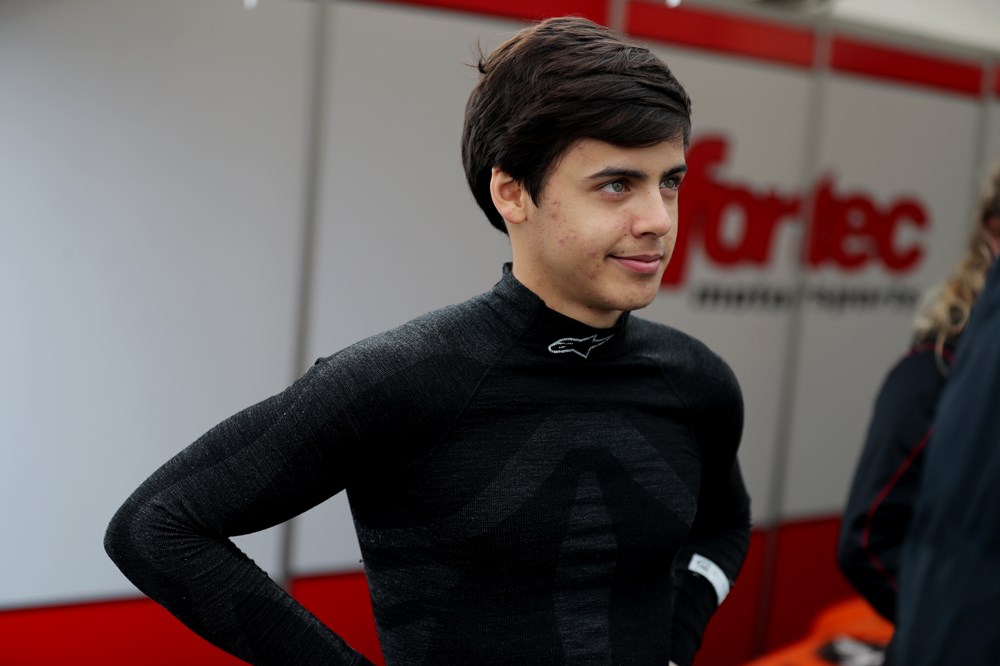 Roberto Faria will follow up his half-season in BRDC British Formula 3 with Fortec Motorsports this year with a full attack on the championship in 2021.

The Brazilian has raced for the British team since graduating from junior karting to single-seaters last year.

Through 2019 and much of 2020 he raced in British Formula 4, finishing 11th in the points in his first season and then picking up two podiums and a pole this year before switching his focus to F3.

“I’m happy to be returning with Fortec Motorsports for my third year with them in 2021,” said Faria.

“I have learned a lot this season and after having such a strong final round at Silverstone fighting at the front, I know I can carry this momentum onto the 2021 season.”

Faria finished 14th in the British F3 standings in his half-season, ending it on a high with a first podium at Silverstone.

“The car feels amazing and I was straight on the pace after joining the championship half way through the year.

“I have a great relationship with Fortec and we work hard on and off the track together to get the best out of my performance in the car. I feel that I am ready to fight for the championship next year and I can’t wait for it to get underway.”

Fortec Motorsports’ British F3 team manager Ollie Dutton added: “We’re ecstatic to have Roberto stay with us for his third year at Fortec.

“Roberto has definitely cemented himself into our family and watching him progress year after year is great to see. Since day one we have been working hard on his fitness and strength here at the factory which showed with how easily he transitioned into the BRDC British F3 car with very little testing. Roberto is a very motivated driver and his preparation off track is amazing.

“Even though Roberto is still only 16, he’s mature enough to know that hard work and determination outside the car translates in the car. I can’t wait to watch his career continue and I’m excited to see him have a very successful 2021 campaign next year.”