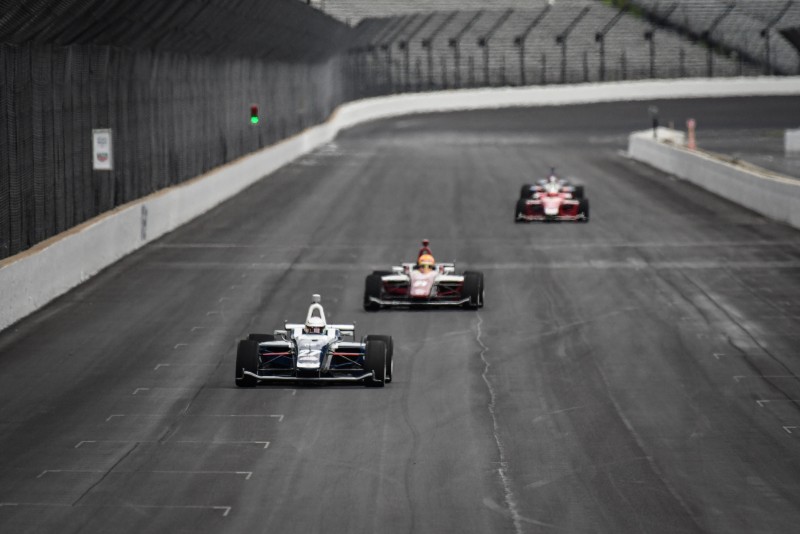 The 19-year-old, who took his first win on the IMS road course earlier this month, set a?197.714mph lap in the second session of the day, beating Juncos Racing’s championship leader Rinus VeeKay by 0.324mph.

Having gone fastest in the opening session, Ryan Norman ended up third overall and just a tenth behind on lap times.

He led his team-mates Oliver Askew and Jarett Andretti, the latter of whom will be making his single-seater debut in the Freedom 100 after several years driving GT4 class sportscars and sprint car oval racers.

Just behind him was Toby Sowery, running in the joint BN Racing and Team Pelfrey entered car.