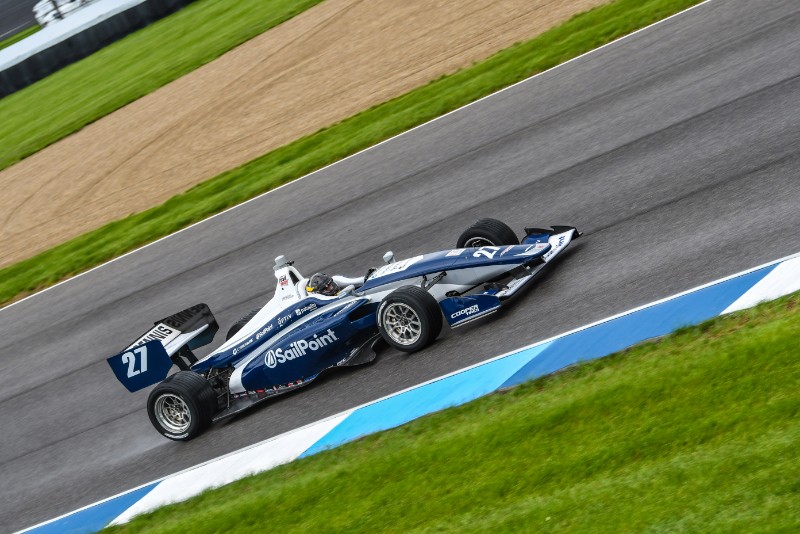 Megennis last pole came in USF2000 in 2017, and he also started from the front once in the F1600 Championship Series two years prior. The 19-year-old rookie, driving for Andretti Autosport, is currently fifth in the Indy Lights standings and took his first podium last time out at Circuit of the Americas.

Starting alongside Megennis will be Juncos Racing’s Rinus VeeKay, whose best lap was just 0.0291 seconds short of pole. Championship leader Oliver Askew, who leads VeeKay in the standings by six points, was third fastest and less than two tenths behind.

Three of Andretti’s cars made it into the top four, with Ryan Norman filling the second row of the grid.

DeMelo’s Belardi Auto Racing team-mate Julien Falchero was absent, meaning the team’s entry for Lucas Kohl propped up the nine-car grid, 1.0193s off pole. In between them were Juncos’s Dalton Kellett and the shared BN Racing and Team Pelfrey entry driven by Toby Sowery.