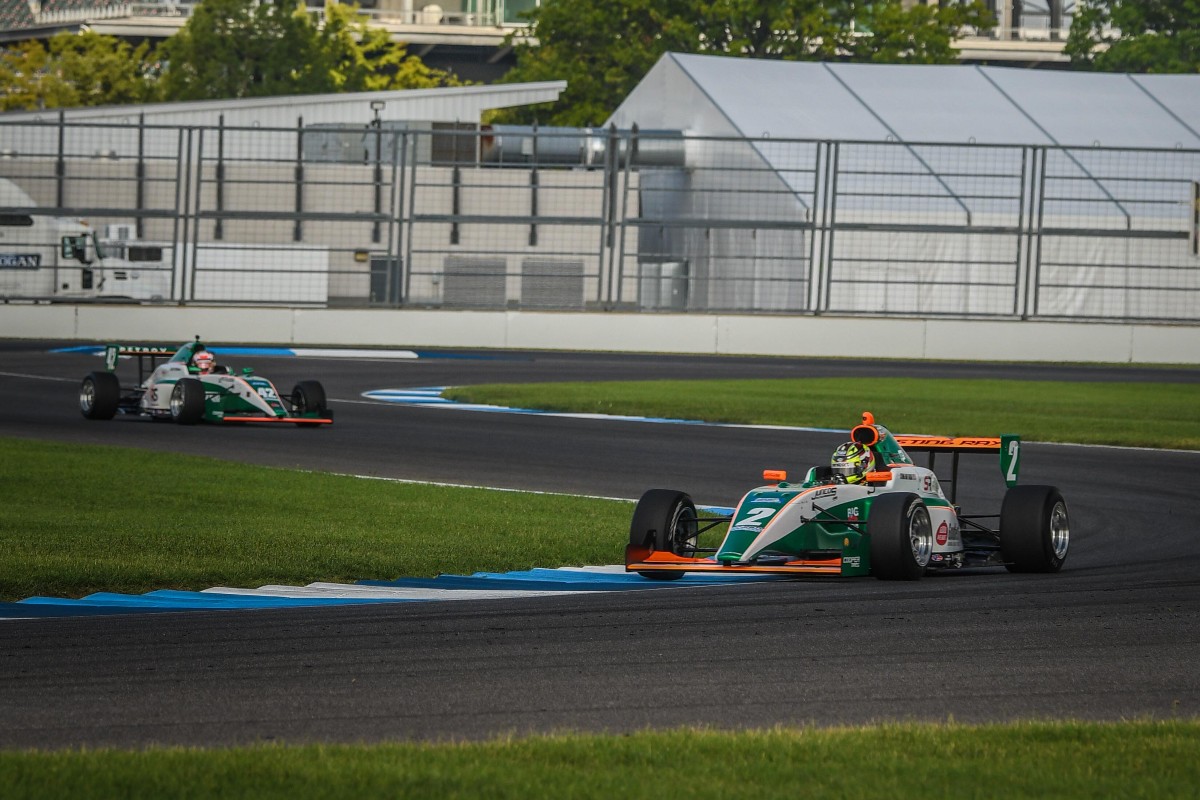 Sting Ray Robb claimed his second Indy Pro 2000 win in the first race of the weekend at Indianapolis, which was shortened by a crash.

A clash at the beginning of the race involving Bob Kaminsky and Manuel Sulaiman led to the first few laps running behind the pace car as the field was shuffled into a correct order for the restart.

When racing did get properly underway, Juncos Racing’s poleman Artem Petrov made an early break for it while Pabst Racing’s Hunter McElrea hounded DEForce Racing’s Parker Thompson down the pit straight and passed him around the outside of Turn 1.

Thompson then came under immediate pressure from Petrov’s team-mate Robb and was passed halfway around the lap, then was under attack from Exclusive Autosport’s Braden Eves.

While Petrov had built up a lead of over a second win a lap, and went on to extend it, his team-mate Robb was the faster of the pair once he had cleared McElrea for second place and he started to close in.

On lap nine of 18 the lead changed, with Petrov being thrown back into the clutches of McElrea, Thompson and Eves.

McElrea made it past Petrov cleanly, again using the outside line at Turn 1, but it took some three-way battling for Thompson and Eves to clear the polesitter.

Petrov fought back, and reclaimed a spot from Eves when he started reporting vibrations. He was starting to drop further positions when he had a major crash as he came onto the banking of what is Turn 1 on the oval. It left him upside down and with a car strewn of its wheels, and the field ran behind the safety car for several laps before the chequered flag was waved.

How Nikita Mazepin made a turn in his career development