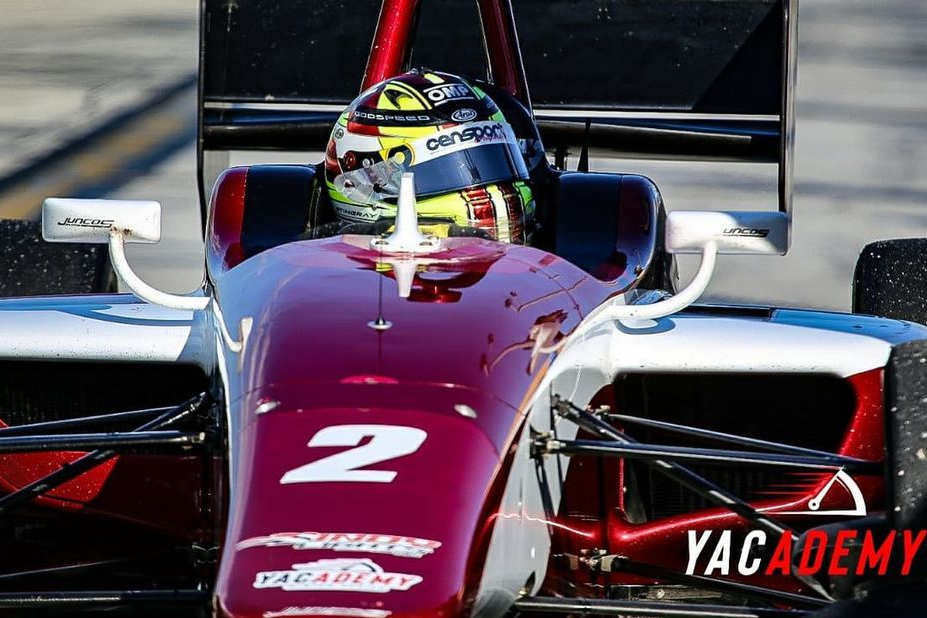 Sting Ray Robb has tested an Indy Lights car ahead of his move into the series, as the Road to Indy announces increased prize funds for its 2021 champions.

Juncos Racing driver Robb won this year’s IP2000 title after four seasons in the series, and entered YACademy Winter Series testing at Homstead-Miami Speedway this week to try a Juncos-run Dallara IL-15 – one yet to have the halo cockpit protection device added for 2021.

Robb should have had his first Indy Lights running in the Road to Indy’s post-season Chris Griffis Test, but this year’s edition was called off amid the coronavirus pandemic.

As a result, IndyCar decided to award the American with a paid-for IndyCar test at the end of next year, and reigning USF2000 champion Christian Rasmussen has been guaranteed an Indy Lights berth in the 2021 Chris Griffis Test too.

The test will take place for the Road to Indy’s three series on October 30/31 at Indianapolis Motor Speedway’s road course. One day before, an IndyCar test will be held for the top three in the Indy Lights points (plus Robb if he is lower than third).

The Road to Indy’s prize pot has been increased again for 2021, following series promoter Andersen Promotions boosting the financial reward for the 2020 champions and guaranteeing promotion to the next rung with the team of their choice.

Indy Lights, which returns after not running in 2020, increases the base reward for its champion to $1,289,425, which guarantees entry to three 2022 IndyCar races including the Indianapolis 500.

“The ‘scouting combine’ experience, similar to other sports, will be an incredible opportunity for their great work and achievement from the 2021 season,” IndyCar president Jay Frye said.

“From the engineer meetings to the test session on the track to the team debrief afterwards, it’ll run the gamut. A ‘let’s see where you are’ type of test with IndyCar teams participating and observing.”

Andersen Promotions owner Dan Andersen also commented: “The Chris Griffis test has always been one of my favourites. While it is exciting to see the new talent coming into our paddock, it is also especially rewarding to watch our current drivers move up and to hear their comments after first outings in the next level car.

“I also want to thank the Speedway for working with us to accommodate this event in a very busy month of October for them.”

Indy Lights is yet to announce plans for the 10th round of its 2021 season, with IMS expected to be in contention as a venue after the Indy 500-supporting Freedom 100 race there was dropped.