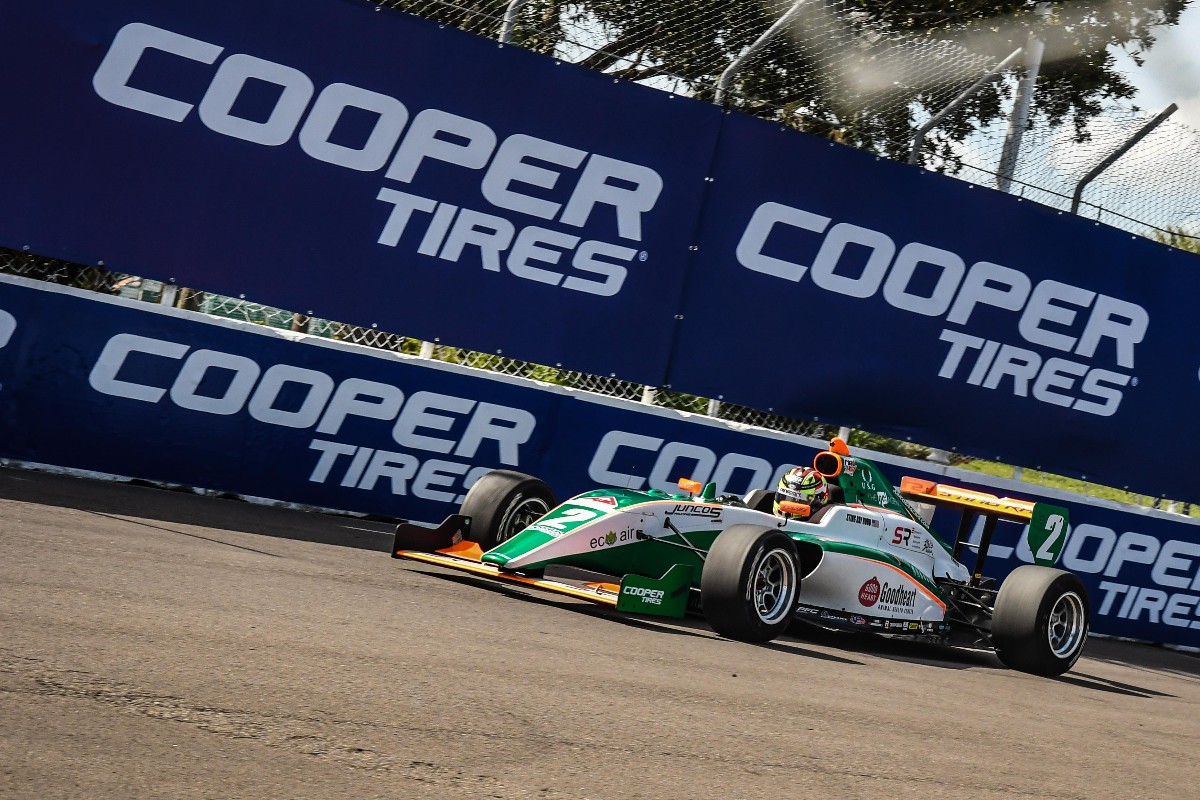 Robb started on pole and controlled the race from the front, opening up a sizeable gap to Turn 3 Motorsport’s Danial Frost, who started alongside, early in the race.

The gap opened up to around four seconds towards the middle of the 25-lap race, before it came down again to about half of that in the closing stages as Robb claimed his sixth series win.

DEForce Racing’s Parker Thompson held third for much of the race but dropped out at the midpoint with a mechanical issue. This elevated Petrov, who was pressured by McElrea until the closing stages, into third.

Manuel Sulaiman finished fifth in the second of DEForce’s cars, ahead of a train of drivers where most of the pressure was coming from series returnee and 2019 title runner-up Rasmus Lindh.

DEForce’s Moises de la Vara had held seventh after an excellent start from 10th but dropped back to that position in the early stages. He took eighth after issues for others including Colin Kaminsky, who spun from seventh.

DEForce’s Kory Enders was another retiree, having spun in the early stages at Turn 1.

Eves to reunite with Exclusive Autosport in IP2000 next year