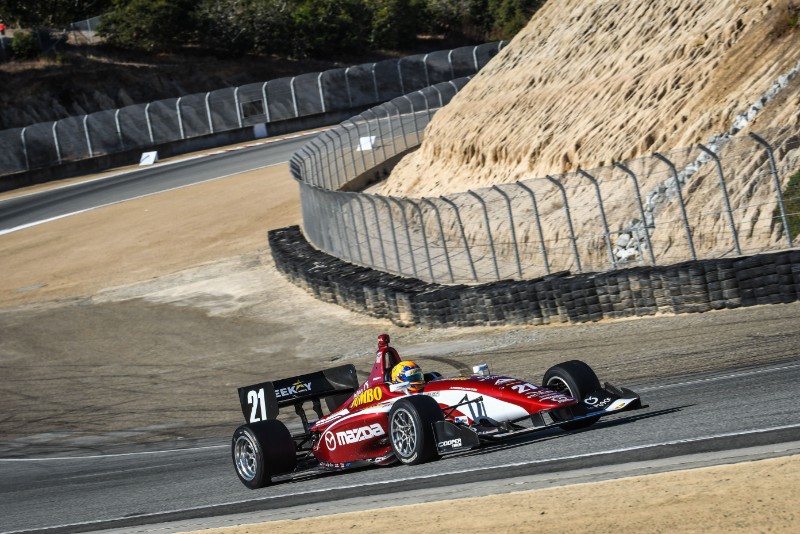 Several drivers reported that the track condition felt considerably different to how it was in free practice, and this appeared to catch out Andretti Autosport’s trio of drivers.

Despite running fewer laps and pitting early, Juncos Racing’s VeeKay seized the initiative to take pole by a massive 0.6282 seconds over the joint HMD Motorsports/Team Pelfrey entry of Toby Sowery.

Championship leader Askew was a further 0.1462s behind, but the one point VeeKay gets for pole means he is still 40 points off the leading Andretti driver.

Askew’s team-mate Robert Megennis was fourth fastest, and was one of many who had a qualifying run ruined by VeeKay’s team-mate Dalton Kellett spinning. Kellett had been at the top of the times with three minutes of qualifying left, before sinking to fifth.

HMD Motorsports’ David Malukas ended the session in sixth, with Andretti’s Ryan Norman and the solo Belardi Auto Racing car of Lucas Kohl filling the fourth and last row of the grid.

Due to Indy Lights’ small grids and points scoring format where retirees still earn points, Askew only has to start both Laguna Seca races to win the title.