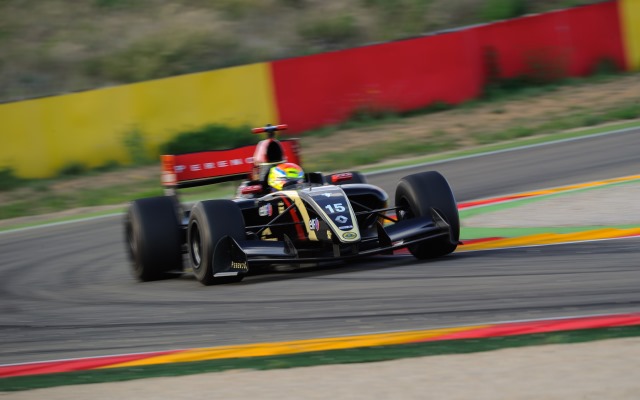 Matthieu Vaxiviere will contest a second season of Formula Renault 3.5 this year, staying with the Lotus team.

The 20-year-old Frenchman will spend his fourth season in World Series by Renault championships. After becoming the 2011 French F4 champion, he had a two-year campaign in Eurocup Formula Renault 2.0 with Tech 1 Racing.

After taking only one point in his rookie year, he started his sophomore season in a commanding fashion, dominating the first weekend and Aragon, only to score a handful of points after that and finish the season in tenth.

Last year, he stepped up to Formula Renault 3.5 to be one of the most impressive rookies, taking eighth in the standings despite missing two rounds due to injury. He also took part in FIA WEC LMGTE AM category in a Prospeed Competition Porsche alongside his sponsor Francois Perrodo.

The 2015 season will mark Vaxiviere’s second year in Formula Renault 3.5, teaming up with Meindert van Buuren, who announced his arrival at the team yesterday.