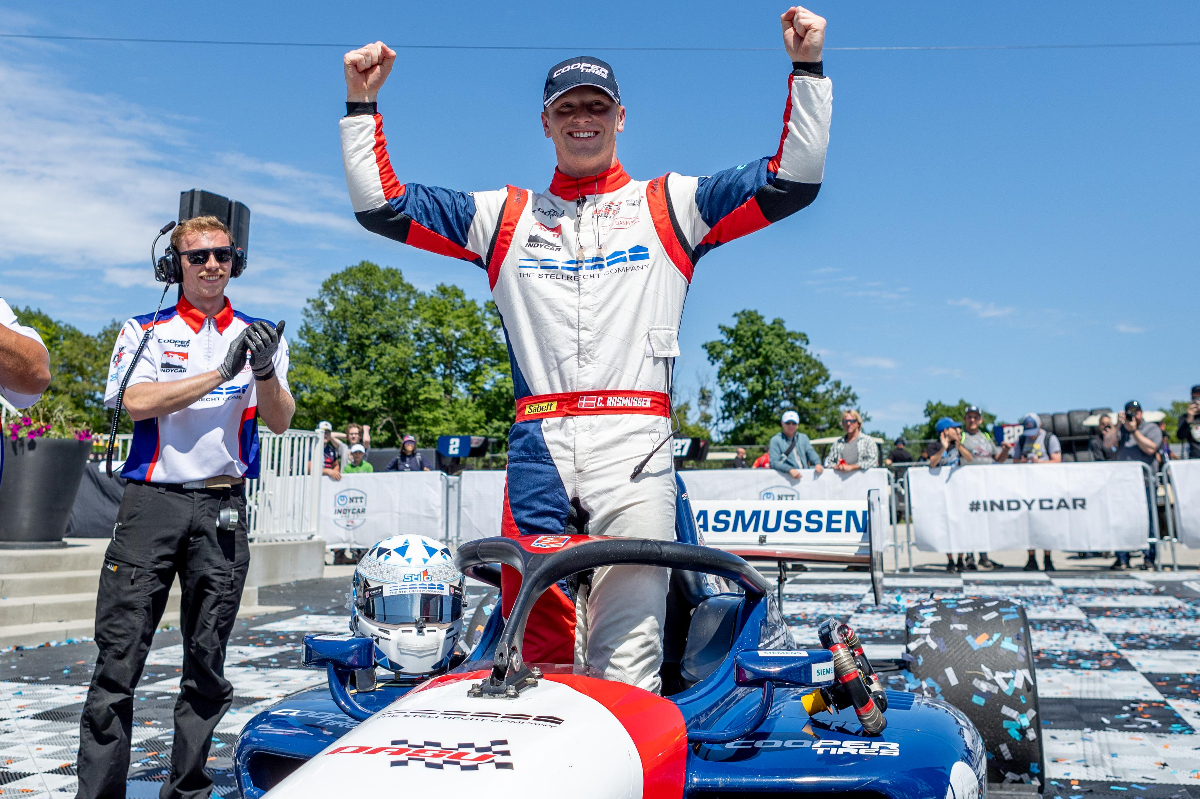 HMD Motorsports’ Indy Lights line-up for 2023 has already grown to five drivers with the signing of Christian Rasmussen.

The 2021 Indy Pro 2000 champion stepped up to Indy Lights this year with Andretti Autosport, almost winning on his debut but not actually picking up his first victory until round five of the season at Road America.

Two second places after that and a win in the Laguna Seca finale was only enough for sixth place in the championship standings, despite the strong pace he consistently showed, and Rasmussen has now opted to change teams to embark on a title challenge.

“I am excited to get a new year of Indy Lights racing going and look forward to joining HMD Motorsports,” said Rasmussen.

“I learned a lot last year in my rookie season and was able to score a pair of victories. I am excited to work with everyone at HMD including my new engineer Yancy [Diotalevi] as we aim to hit the ground running on our first two test days later this month.”

HMD’s general manager Mike Maurini added: “I am confident that Christian will be a championship contender in one of our cars. Coming off a pair of wins in 2022, showing speed at several races, and now with a year’s worth of experience, we have very high hopes for Christian.”

Christian Bogle, Danial Frost and rookies Josh Green and Nolan Siegel are the other four drivers HMD has signed for next year. It is prepared to run up to eight Indy Lights cars in 2023.