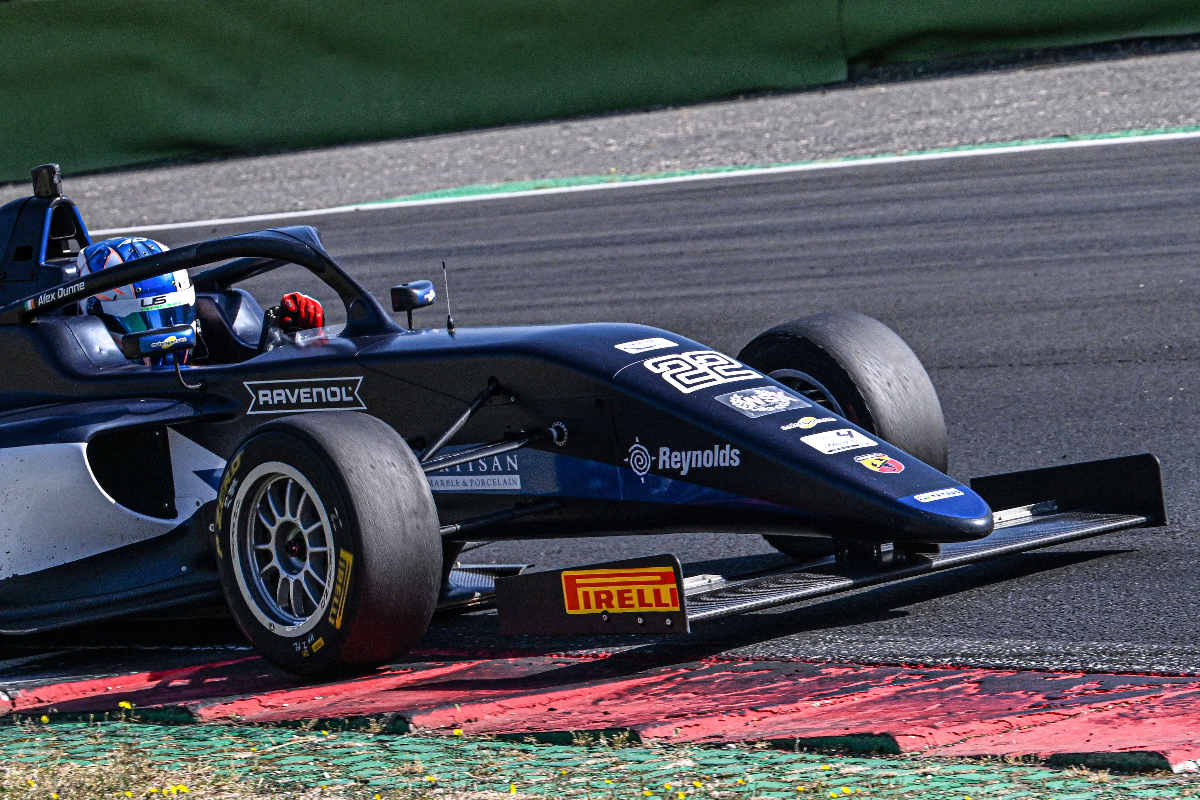 US Racing locked out the top four places in Italian Formula 4’s pre-event test session at Monza on Thursday.

Alex Dunne set the pace, but was less than a tenth of a second faster than team-mates Nikhil Bohra and Kacper Sztuka.

Van Amersfoort Racing’s Martinius Stenshorne was quickest early on, being the first driver to set a 1m55s lap and then also the first to set one in the 1m54s.

He was usurped by Prema’s points leader Andrea Kimi Antonelli, but Stenshorne replied with a lap that put him back ahead. Antonelli then went even quicker, and Stenshorne responded once more by setting a sub-1m54s lap, but then one-and-a-half minutes later Iron Lynx’s Ivan Domingues went ahead with a 1m53.845s lap.

Domingues stayed on top for 20 minutes, until the 43rd minute of the four-hour session when Antonelli and then Dunne found more pace. Dunne set a 1m53.325s, and 36 minutes later improved by 0.043 seconds to set the lap that would end up keeping him in first place on the timesheet until the chequered flag came out.

There were numerous red flag interruptions between Dunne rising into first place and then finishing the session, with the first caused by BVM Racing’s William Karlsson. PHM Racing’s Taylor Barnard also caused one, and BVM Racing’s Kim Hwarang caused another in the final half-hour.

Dunne’s team-mates moved into the top positions behind him late on, with Prema’s Rafael Camara rising to fifth and bumping Hadrien David down to sixth.

The Formula Regional racer had been second of the timesheet for a long time, and has been entered into this weekend’s Italian F4 round at Monza by R-ace GP alongside Raphael Narac and Frederik Lund.

There are 44 drivers on the entry list, but there will be no extra races as Monza’s grid capacity for F4 is 49 cars.

Narac has spent this year racing for Lamo Racing Car in Trophee Tourisme Endurance’s Formula Renault Cup in France, and has been on the podium in all but one of the races he has contested. He tested F4 machinery last year, and joined R-ace for last week’s in-season Monza test.

Also set to make their Italian F4 debut this weekend is Monlau Motorsport with rookies Niels Koolen and Jef Machiels.