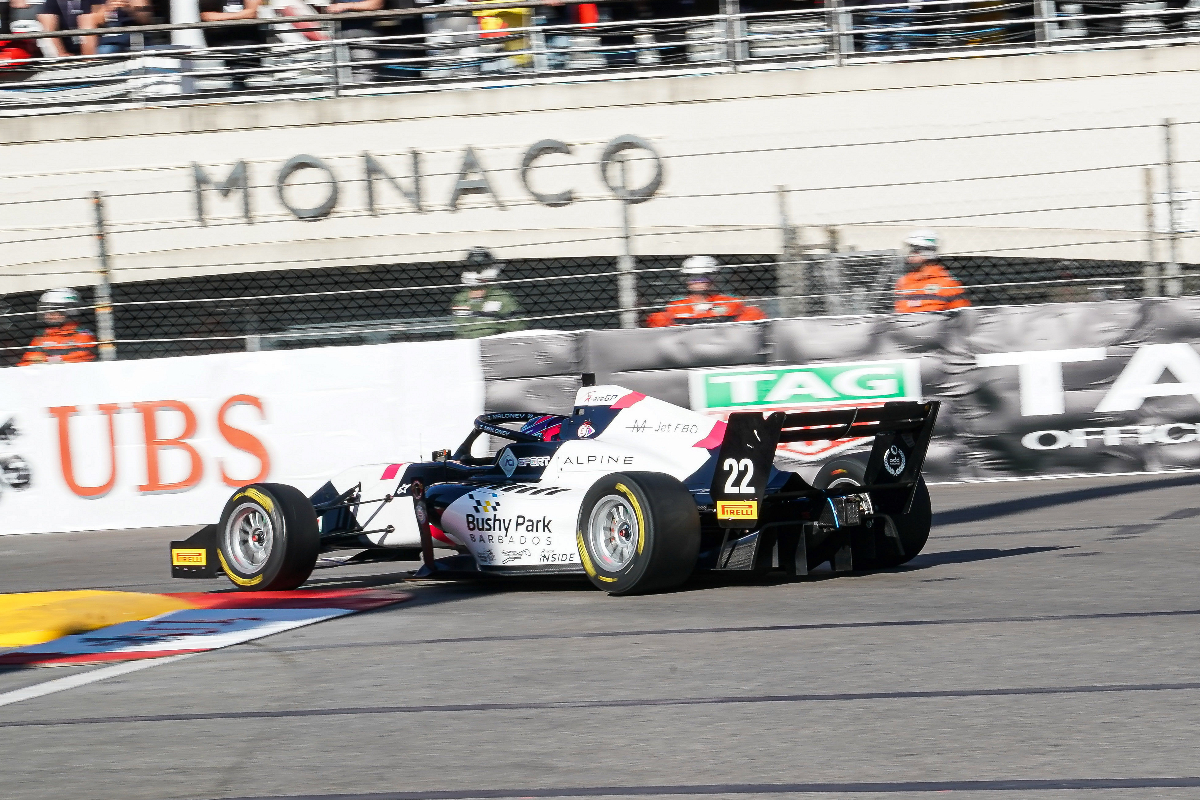 R-ace GP’s Zane Maloney and Isack Hadjar will each start a Formula Regional European Championship race from pole in Monaco this weekend.

The 33-car grid was split into two groups, with those in odd-placed positions in the standings in Group B and those in even-placed positions visiting the track first in Group A. With a grid capacity of 28 cars around the street circuit, only the top 11 cars plus the faster 12th-placed driver from each group were guaranteed entry to both races, and those slower to start one race each.

Group A was all about rookie Hadjar, who went fastest for the first time eight minutes into the half-hour session and improved from that early 1m32.784s benchmark down to a stunning 1m29.727s with a minute to go.

He was the only driver to lap sub-1m30s, and initially had an advantage of over half a second. Prema’s David Vidales went second fastest seconds after Hadjar crossed the line but then went down the Ste Devote escape road, while DR Formula’s Emidio Pesce spun at the exit of the Swimming Pool chicane and it meant the provisional pole lap went unchallenged until the final seconds.

Prema’s Paul Aron was frequently held up by Pesce but still managed to go second at the end, 0.277s off Hadjar, and KIC Motorsport’s Patrik Pasma snuck up to third.

Mari Boya was the top Van Amersfoort Racing driver in fifth, while ART Grand Prix’s Gabriele Mini frequently traded top spot early on but was shuffled down to sixth after failing to improve in the final five minutes.

R-ace’s Hadrien David set the pace early in Group B, and only took 10 minutes to break the 1m30s barrier on a more rubbered-in track. However there were no improvements over the next 15 minutes as G4 Racing’s Axel Gnos bounced off the St Devote kerbing and into the outside barriers, immediately breaking his suspension, stopping on track and leading to a Virtual Safety Car period. When green flag action resumed, his team-mate Alessandro Famularo crashed at Portier.

It wasn’t until the final four minutes did improvements come in, with David taking provisional pole with a 1m29.390s.

Arden’s Alex Quinn bettered that by 0.074s with 33 seconds to go, but David responded by 0.045s. In the final moments both were bettered by Maloney, who comfortably outpaced them with a 1m28.893s.