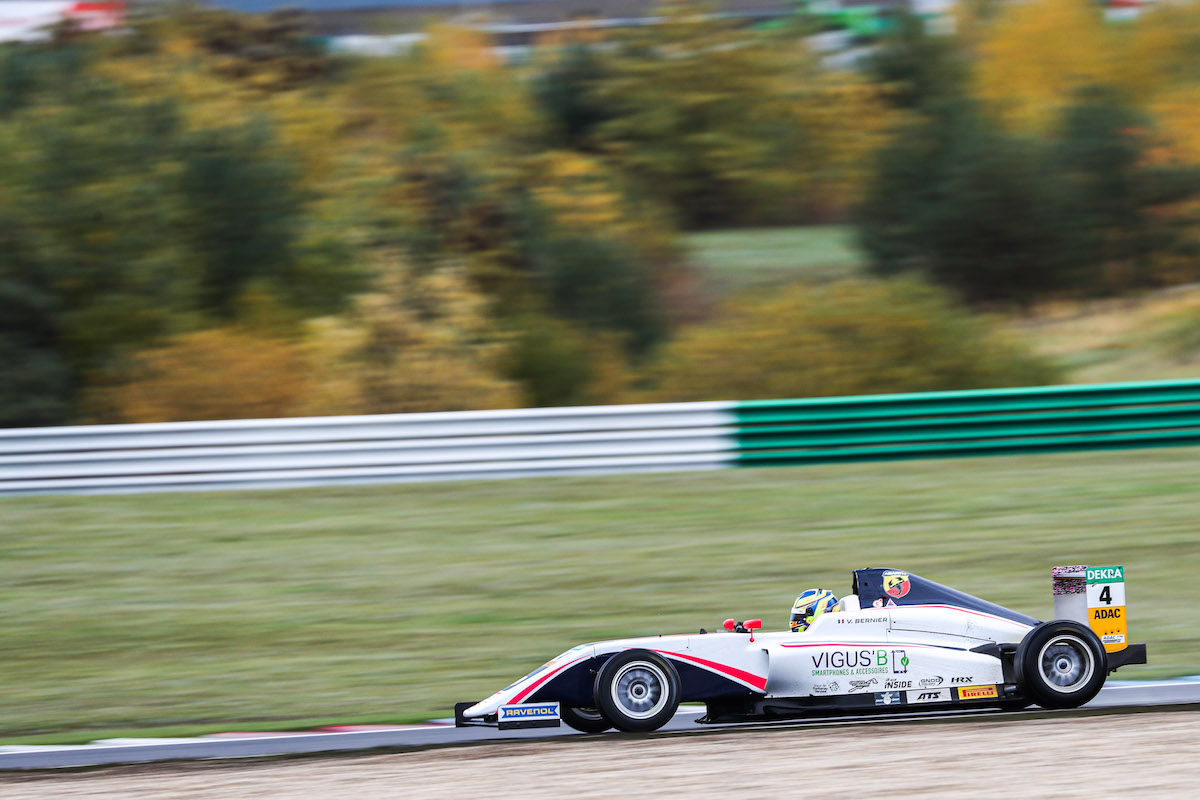 Just six cars turned up to the German track: three from R-ace, two from new team BWR Motorsports and one from Van Amersfoort Racing which also brought along a Dallara 320 for its Euroformula racer Casper Stevenson.

There were four sessions on each day, and the test began with Nico Rosberg’s protege Taylor Barnard setting the pace for BWR with a 0.443-second advantage over Bernier.

Barnard was fastest again on the second Tuesday morning session, 0.755s up on team-mate Valentino Catalano while Bernier didn’t even go out on track.

Bernier pipped Catalano to the top of the times by 0.003s in the first of the afternoon sessions, before Catalano improved in the final session of the day to go 0.318s up on VAR’s Cenyu Han. R-ace’s Sami Meguetounif also left it to the end of the day to set his fastest time.

When the cars returned to track on Wednesday, Barnard immediately lowered the pace but then couldn’t match his early morning lap as he failed to even set a representative laptime in the second session.

Bernier set a new 1m23.164s benchmark during that session, when all but Barnard – who completed four tours of the circuit – made improvements.

The track condition got worse in the afternoon and meant drivers were a second or two slower in the penultimate session, which Barnard topped, but everyone going out together at the very end of the day added more rubber to the track surface and led to Barnard and Han improving.

The 1m23.182s lap Barnard set with six minutes to go put him just 0.018s behind Bernier, and 0.006s ahead of Catalano. Han was half a second off the pace in fifth, ahead of Meguetounif and R-ace’s Franco-Finnish driver Marcus Amand.