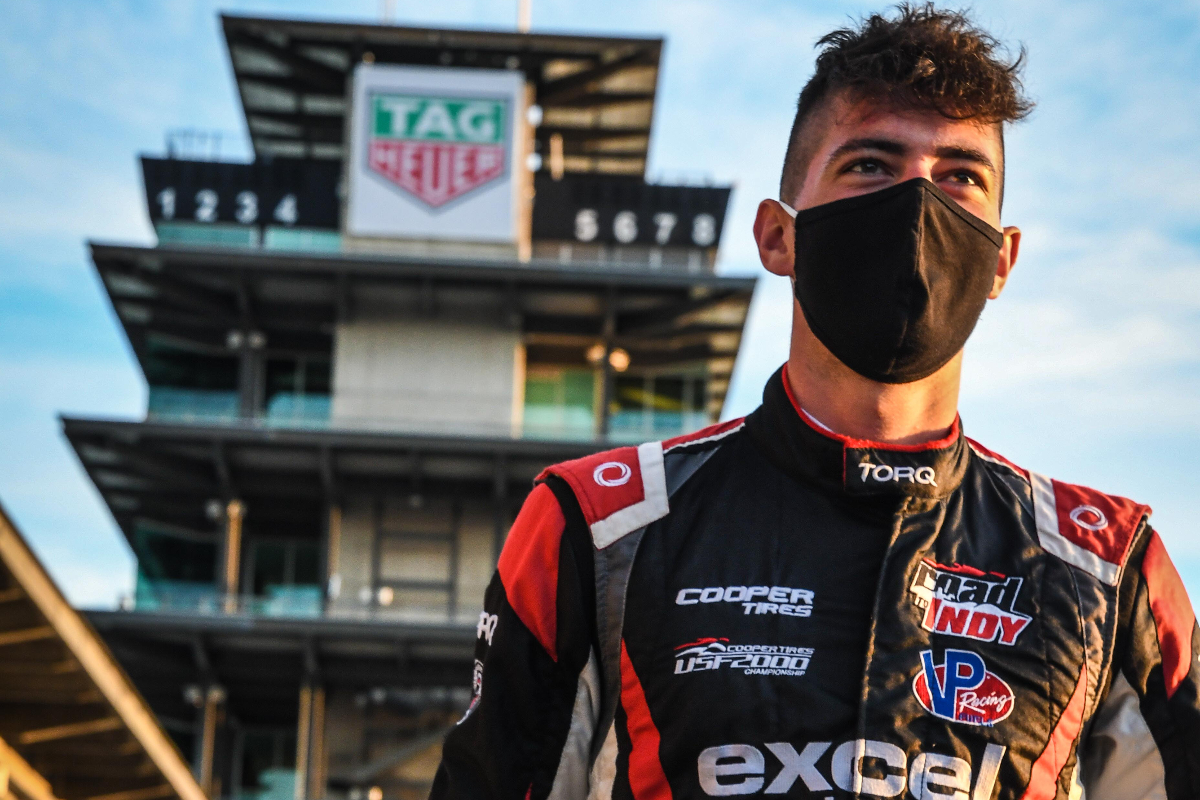 Matt Round-Garrido is to run with the Exclusive Autosport outfit for his third season in the USF2000 championship.

British driver Round-Garrido raced with Pabst Racing in his first full season on the Road to Indy in 2020, finishing seventh overall with a trio of fourth place finishes early in the campaign.

He also did five races of the 2019 season with Jay Howard Driver Development, before switching to BN Racing and claiming his first podium and then stepping up to Indy Pro 2000 with the two teams.

“I’m extremely excited to be representing Exclusive Autosport this weekend at Barber Motorsports Park,” he said.

“Michael [Duncalfe, Exclusive Autosport’s team principal] and I have spoken a couple of times in the past, but never managed to materialise a deal. For us to do one such last-minute before the first race of the season is quite good.

“I think their car looks very competitive and I’m excited to drive it. It’s going to be hard work, seeing as I haven’t done any pre-season testing, but I know I’ll have the right people around me, so we can push forward and keep improving and hopefully by St. Petersburg we’ll be pushing for a win.”

It is unclear at this time whether the deal is for the entire season, or just for the opening two rounds of the season at Barber Motorsports Park this weekend and on the streets of St. Petersburg one week after that.

This is the second driver announcement made by Exclusive Autosport on Tuesday, after it announced Grant Palmer earlier in the day.

Prior to that, he raced in Formula Ford 1600 in the UK, finishing third in the 2018 BRSCC National championship and winning that year’s Northern Ireland crown.