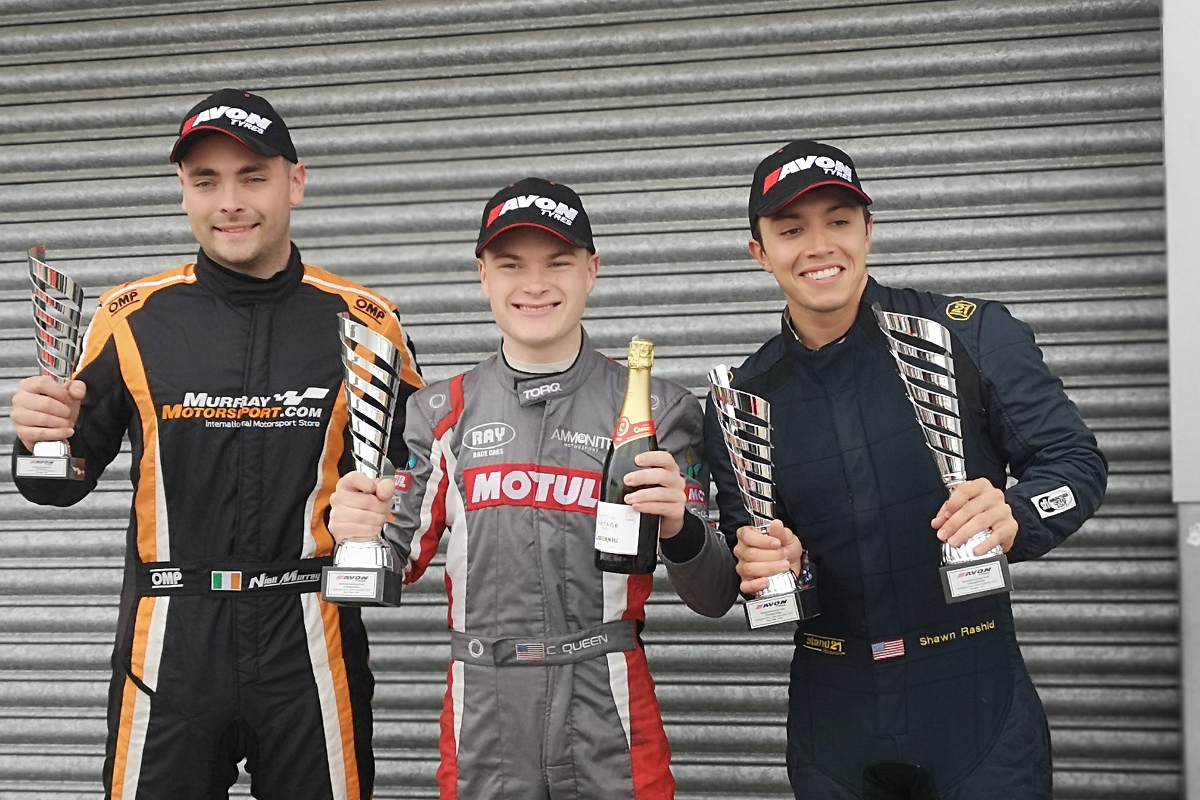 Saturday’s race one winner Niall Murray led away from pole into Redgate but immediately came under pressure from Queen on the opening lap.

After drawing alongside into the Fogarty esses, Queen completed a move into Melbourne hairpin but Murray fought back to regain the advantage at the next corner.

That allowed Rashid to get a run on Queen on the pit straight before sweeping around the outside of his team-mate into second at Redgate.

Queen made the same move two laps later to regain the position from Rashid, and then took the lead when Murray lost momentum.

The Team Dolan driver then lost further ground to Rashid after a wheel-to-wheel dice through the Craner Curves.

After fending off Ammonite’s Andre Lafond, Murray put up a renewed challenge to Rashid, with a train of cars following behind.

The battle allowed Queen to pull clear and win the nine-lap contest by 2.395s seconds, with Rashid keeping Murray at bay until the finish.

Don Hardman Racing’s Joey Foster and B-M Racing’s Rory Smith both passed Lafond to finish fourth and fifth, Foster having started seventh and gained a couple of the positions on the outside at Redgate on the first lap.

Lucas Romanek was one of those to lose out to Foster, the Oldfield Motorsport slipping back from fifth to finish seventh.

Newly-crowned National FF1600 champion Jordan Dempsey moved up from 19th on the grid to take eighth for Kevin Mills Racing ahead of B-M’s Jamie Sharp. Oldfield’s Brandon McCaughan was an early spinner, but recovered to 10th by the finish.