Pulcini and DAV Racing to continue together in Euroformula Open 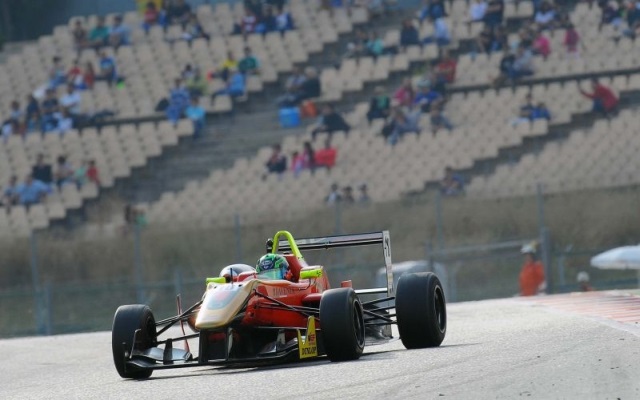 Leonardo Pulcini will take part in the 2015 Euroformula Open season with DAV Racing, the team has confirmed.

The 16-year-old Italian finished his karting career after taking second in the 2013 CIK-FIA KFJ World Championship and entered the inaugural season of Italian F4 with Euronova.

Pulcini claimed eight podiums throughout the season, however, he wasn’t able to grab a victory.

Although he started the season with Euronova, he switched to DAV Racing for the final two rounds. He also took part in the final weekend of the Euroformula Open season with the Milanese team in which he promisingly took seventh and eighth places.

He was DAV’s sole entry to this year’s Winter Series where he showed frontrunning pace in several sessions, however, he only took ninth and tenth in the races held at Paul Ricard.

Pulcini is the 16th addition to the 2015 EF Open grid while DAV Racing is the seventh team entering with at least one driver.

Emil Bernstorff switches to Arden in GP3 for 2015