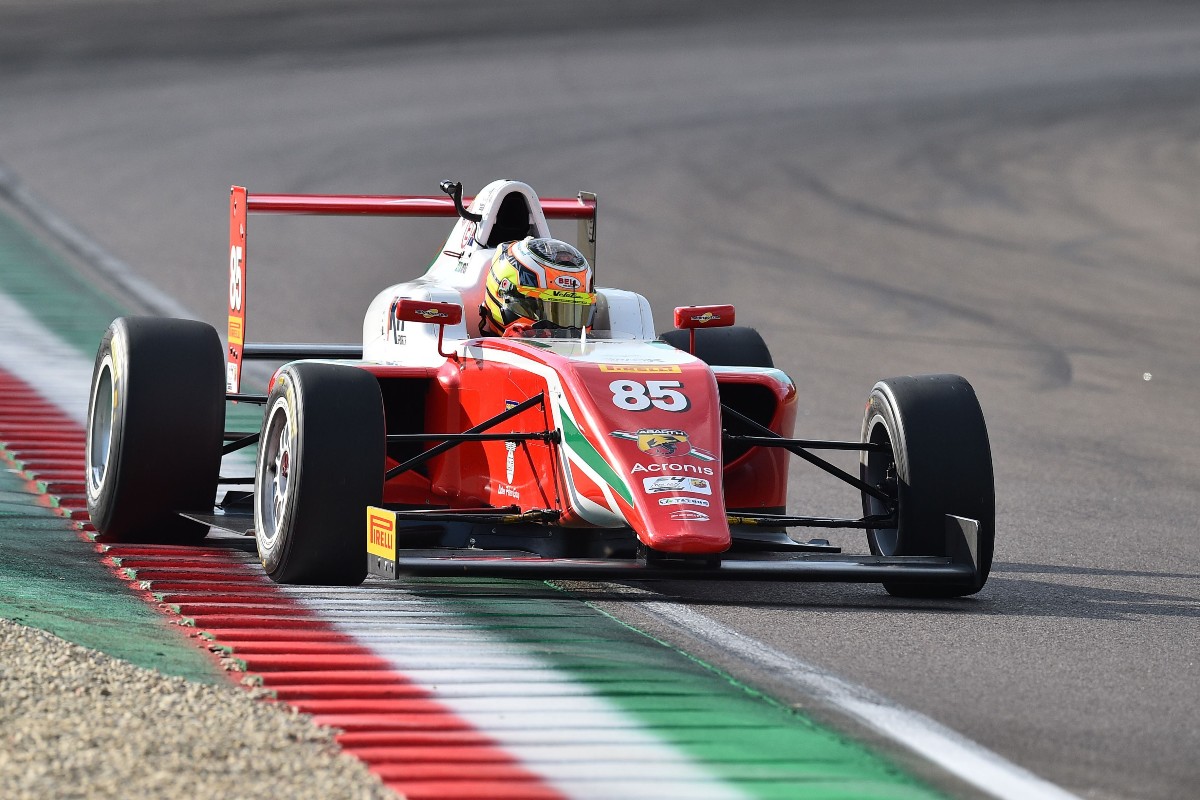 The Prema driver showed hist most convincing form to date, getting quicker as the day went on and ending up with a 0.074-second advantage over Ferrari-backed team-mate Dino Beganovic.

Championship leader Gabriele Mini made it an all Prema top three after improving in the final session, while Jenzer Motorsport’s Filip Ugran also made big gains in the afternoon to end the day as fourth fastest.

That shuffled the fourth Prema car of Sebastian Montoya down to fifth, with a half-second spread across this leading quintest.

Session three pacesetter Andrea Rosso (Cram Motorsport) and early morning pacesetter Pietro Delli Guanti (BVM Racing) ended up sixth and seventh due to their efforts in the third session, with Delli Guanti’s returning team-mate Francesco Simonazzi – having moved to Jenzer Motorsport for one Spanish F4 round and one Italian F4 round – a further 0.004s back in eighth.

Dexter Patterson was the top Bhaitech driver in ninth, and along with Iron Lynx’s Leonardo Fornaroli and Jenzer’s Francesco Braschi were the only other drivers within a second of the pace.