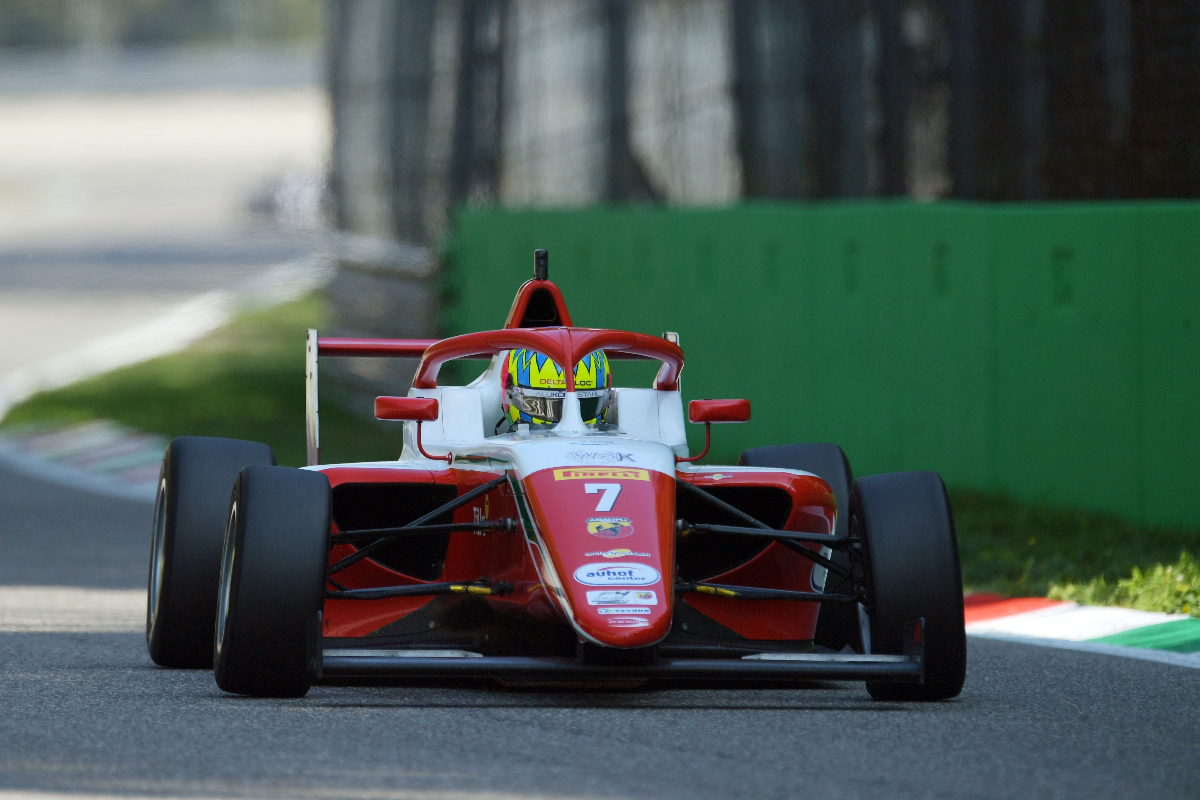 Both of the 15-minute sessions were stopped before anyone set a flying lap, putting a lot of pressure on drivers as the clock ran down to get a strong laptime in.

Q1 was disrupted 1m35s in as Ruiqi Liu crashed on the pit straight, and the first laps came in with just over eight minutes left of the session to go.

He was shuffled down to 27th as the second flying laps came in though, with US Racing’s Marcus Amand moving to the top with a 1m53.807s effort and with Prema’s James Wharton just 0.058s behind.

The top two improved again next time by, with US’s Alex Dunne rising to third behind them, then Prema finally came to the fore on the fourth laps as Camara and Antonelli posted 1m53.2s laps and Amand did not improve.

None of the top improved on their next lap, and they crossed the line with enough time for one more effort.

Antonelli found no more pace and was shuffled down to sixth behind US’s Kacper Sztuka and Dunne.

VAR’s Arvid Lindblad qualified 11th, while Formula Regional racer Hadrien David was 1.877 seconds off the pace in 28th place on his category return.

Everyone completed an outlap in Q2 before the first red flag stoppage, caused by BVM Racing’s William Karlsson, and then Monlau Motorsport’s Jef Machiels caused another before anyone set a flying lap.

That meant no times appeared on the board until just over five minutes remained in the session, and Prema’s drivers were first out of the pitlane on the second restart so were the first to lay down a benchmark.

Camara took provisional pole with a 1m52.833s, then qualifying was stopped again due to Maffi Racing’s Francisco Soldavini hitting trouble.

Everyone had time for one flying lap after the restart, with Dunne the only active driver yet to post a time.

Camara failed to improve, but stayed ahead of Wurz and Wharton who did, then Antonelli crossed the line and took pole with a 1m52.722s. VAR’s Martinius Stenshorne was just 0.019s slower in second place, and with his sole lap Dunne qualified third and was just 0.030s off pole.

Lindblad and US’s Zachary David, both contesting their second round in the series, qualified sixth and seventh, and Hadrien David made it into 10th place.

Camara claimed pole for race three of the weekend based on second-best laptimes from across the two qualifying sessions, with Stenshorne joining him on the front row and with Antonelli and Wurz on row two.

Dunne will start down in 13th, with no second lap from Q2 to fall back on and using his Q1 time.