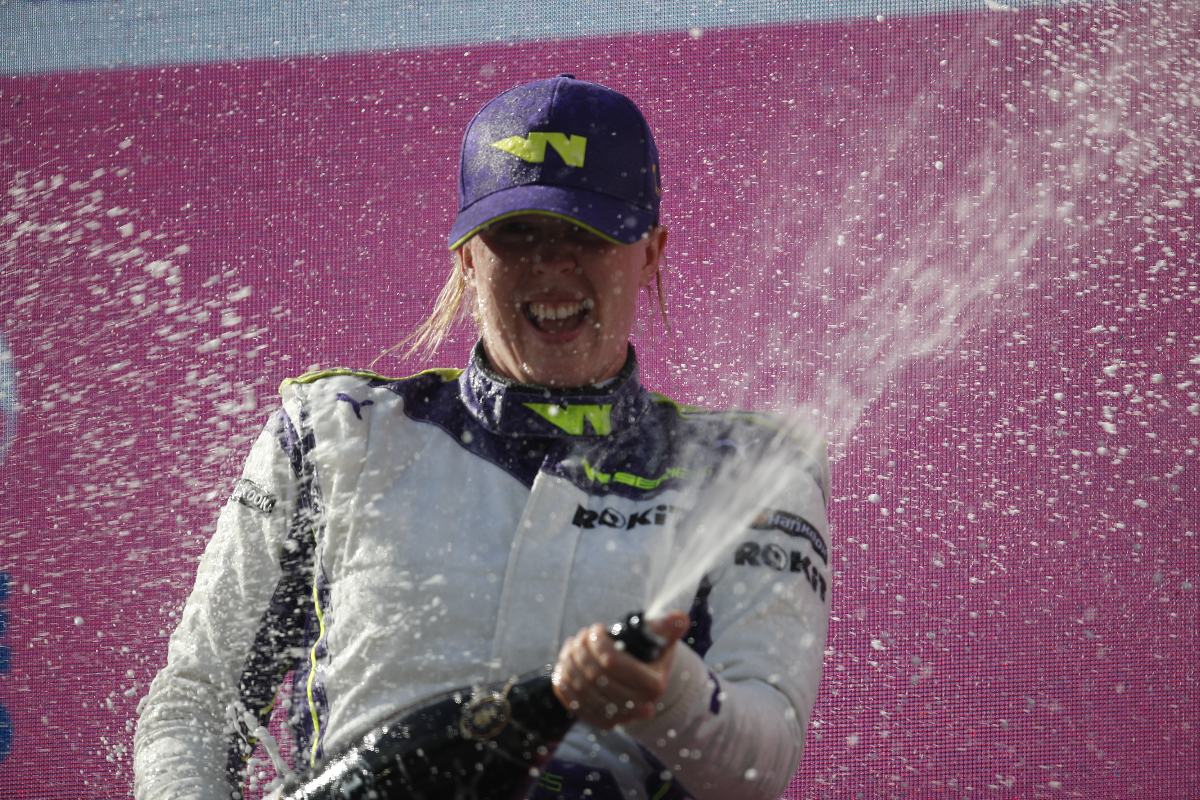 Alice Powell believes there is no guarantee of repeating her Red Bull Ring win from the Styrian Grand Prix-supporting W Series season opener in round two at the circuit.

After winning the 2019 season finale at Brands Hatch, Powell claimed her second win in a row – albeit 684 days later – last weekend. She led every lap from pole, and also set the race’s fastest lap.

While she did tell Formula Scout pre-season that she was excited about going to the Austrian circuit, she revealed in the press conference following her win that she expects to face tougher opposition the second time around.

“I know it’s going to be harder,” Powell said when asked how difficult it will be to make it three wins in a row.

“Everyone is going to be more up to speed. I was happy with how I came out of the box at the weekend, and learnt the track quite quickly. But it’s going to be difficult, you just never know what to expect in motorsport.

“But the main thing for me is I know it’s not going to be easy; it certainly wasn’t easy all weekend and there’s still a long way left to go in the championship, so I just need to keep consistent and keep the focus, my focus only on myself.”

Powell expanded on this, explaining where she feels improvements can be found for round two.

She also spoke about the weekend, and that she “didn’t expect” to sweep win, pole and fastest lap.

“So, I didn’t expect this to be honest going into the weekend. I made sure that my prep physically and mentally and learning the circuit because I’ve never been here before, was good. It seems to have gone down pretty well and to have a weekend like I have is incredible.”

After being announced as a plan during the first round, it’s now been finalised that the series’ two youngest drivers Irina Sidorkova and Nerea Marti, 18 and 19 years old respectively, will be guaranteed full-time seats for the 2022 season.