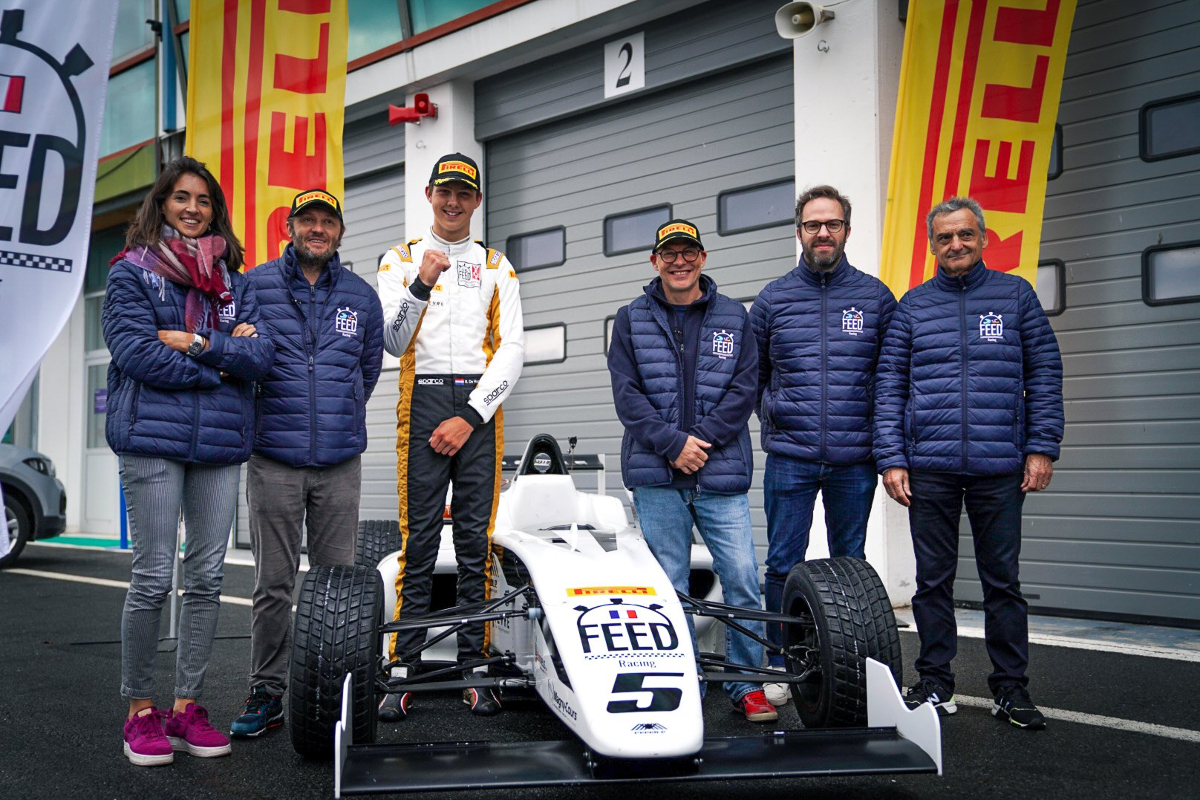 Robert De Haan has won the 2021 FEED Racing France shootout, earning himself a free seat in a European Formula 4 series for next year.

The 14-year-old Dutchman is currently racing in Ginetta Junior after winning the series’ scholarship, and is eighth in the points after eight races. Before that, his karting career included the German championship title at a junior level.

It was a close battle in the final stage of the FEED shootout at Magny-Cours on Wednesday, with De Haan just pipping Elliott Vayron in a duel in the Mygale F4 car used in British and French F4.

De Haan was the only driver not from France among the six finalists, which included three members of Romain Grosjean’s Esports team: Vayron, who in junior karting last year was title runner-up in the French championship, Thomas Sciblia (the fastest in the semi-final tests in the F4 car) and Thibault Cazaubon.

The other two finalists were Nicolas Moreau and Enzo Peugeot, the reigning junior champion in the French Karting Championship and currently 31st in the IAME Euro Series in X30 Senior after stepping up to senior karting for 2021.

FEED’s preliminary stages for its annual shootout began last year, with a longlist of 70 young drivers being whittled down over several months and tests at Magny-Cours, with three days of quarter-finals and semi-finals at the circuit leading into this week’s final.

Following pre-season testing with the team, FEED opted out of getting Carlin to run Kremers. The switch did not impress the team, and CIK-FIA World Karting champion Kremers instead ended up racing in French F4 where he took two poles and two podiums at Zandvoort but was otherwise not a frontrunner as he prioritised the defence of his KZ karting world title.

That meant FEED shootout runner-up Etienne Cheli got called up to contest a French F4 round in his place. It’s not confirmed yet which F4 series De Haan’s prize will take him to.