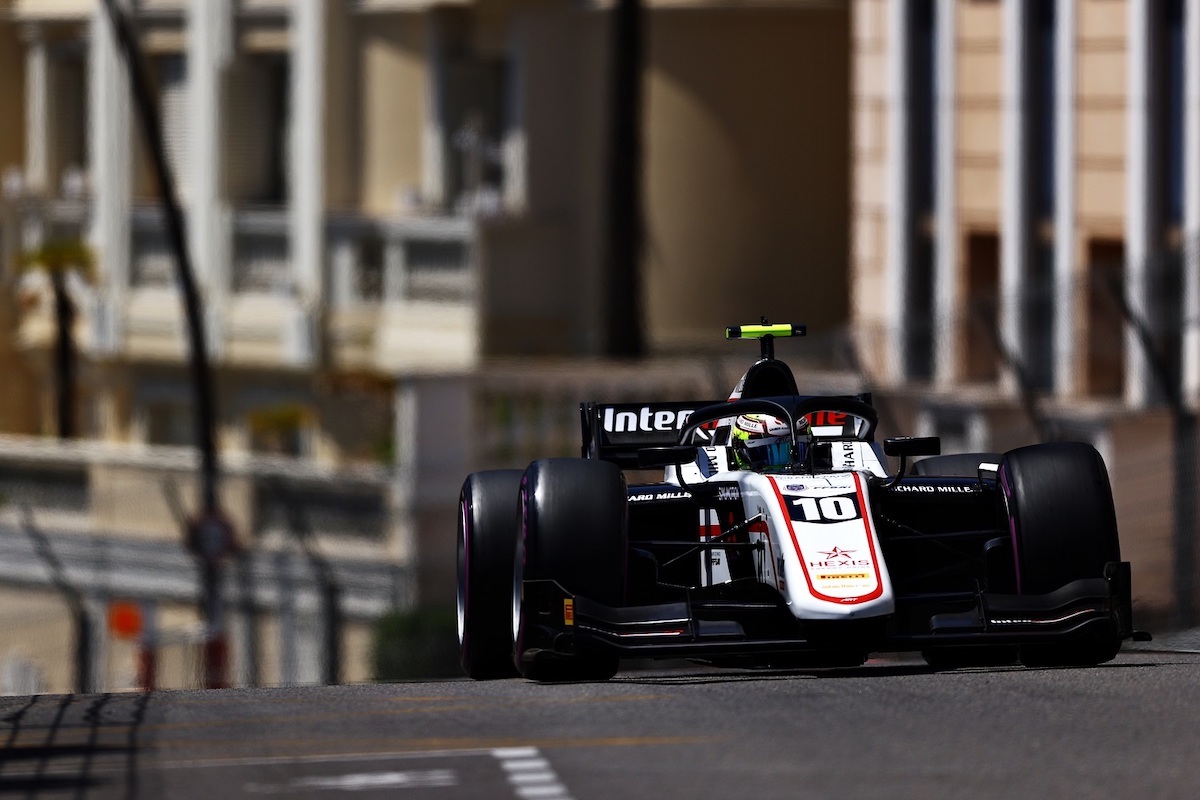 Theo Pourchaire has made official his participation in the 2022 Formula 2 season, having signed the contract with the team he will race for this year.

The Frenchman tweeted “I signed [tick box emoji], 2022 let’s gooooo” on Wednesday, and Formula Scout’s information confirms that it was to celebrate securing his seat for his sophomore F2 campaign. That will be with ART Grand Prix.

“I am proud to be continuing in F2 with ART GP in 2022,” Pourchaire said in a later press statement.

“It’s an honour for me to work with such a great team. This will be our third year together and it has become like family to me. To continue with them in the pre-cursor to Formula 1 is very exciting. I would like to thank the Sauber Academy for accompanying me once again.

“It will be a busy year and I want to have fun and gain experience for my future. We are more determined than ever and we will be aiming for the F2 title.”

Pourchaire’s F2 career began at the end of 2020 when he contested the final two rounds at Bahrain with HWA Racelab and finished 18th in each of the feature races he contested.

Having finished second in FIA Formula 3 as a rookie that same year with ART GP, he then joined the French team in F2 for 2021 and came fifth in the standings with highlights including feature race victory from pole in Monaco and a sprint race win at Monza.

It was a difficult season at times, as ART GP was not often one of the fastest teams on race pace and in Baku he fractured his left arm in a crash which impacted his performances in the next round in Baku. Later in the season in Jeddah, a stall led to him being hit at the start by Enzo Fittipaldi and he was hospitalised again but emerged mostly unscathed and on neither occassion had to miss any races.

“Continuing our adventure together makes sense,” ART GP’s president Sebastien Philippe said. “Theo has shown the range of his talents and there are many of them, both in individual terms and athletic ability. His motivation and determination are in tune with that of ART GP and winter preparation is going well. When you know that you have all the assets on your side, there is only one thing you can aim for, the title.”

In addition to racing in F2, Pourchaire will spend this year in an unspecified test driver role at the Alfa Romeo Racing Formula 1 team. The 18-year-old is a junior driver of the Sauber Group that operates the team and was handed his first F1 test last summer in a 2019 car. His running this year will include mileage in Alfa Romeo’s 2022 car.