Pourchaire: I “disconnected my brain” on way to F2 pole 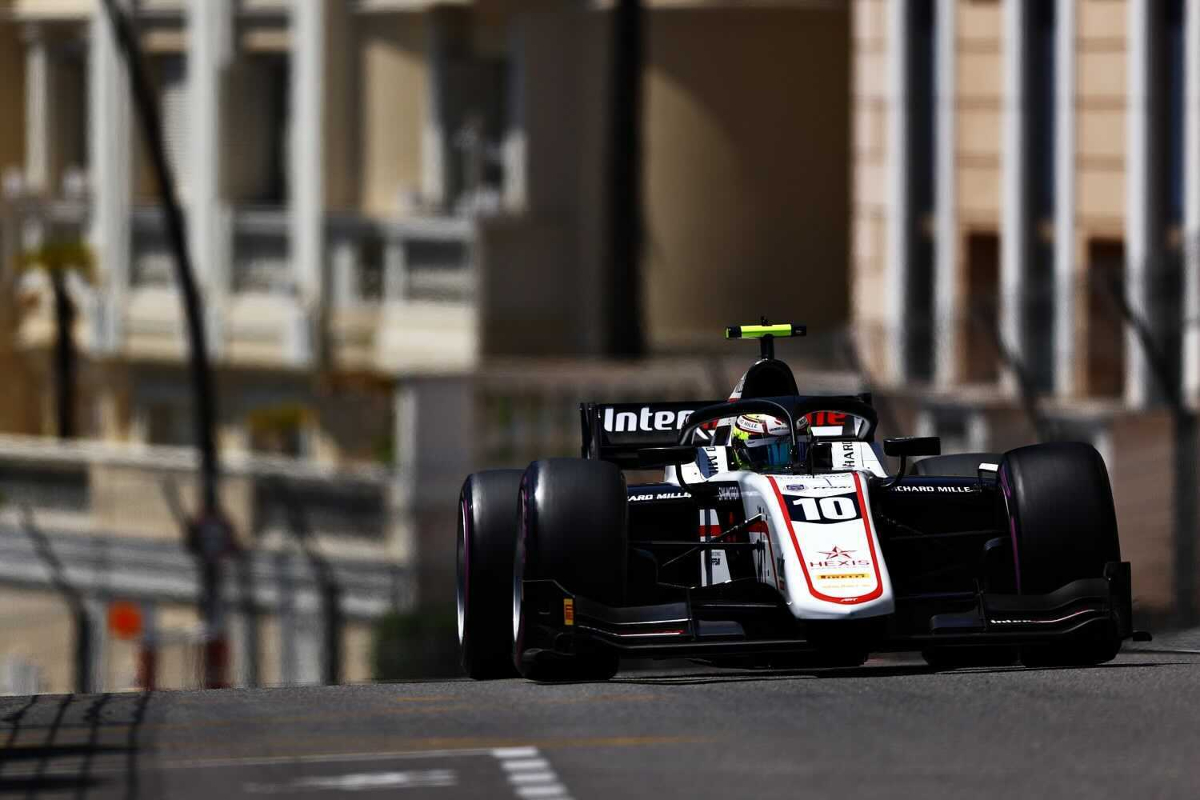 ART Grand Prix’s Theo Pourchaire said he ‘disconnected his brain’ during the qualifying lap that propelled him to a record-breaking Formula 2 pole.

The Sauber junior became the youngest ever poleman in single-seater racing’s second tier with his group-topping lap in the split qualifying session, and he had a 0.458-second advantage over the next best driver in Group A.

It is the 17-year-old’s fourth F2 weekend, and his first pole since his ADAC F4 title-winning weekend at Sachsenring in 2019.

It had been expected Group B in Monaco would be faster with more rubber on the track, but that was not the case.

“I don’t know if Group A was better than the second group, but for sure I just disconnected my brain during the three laps today,” Pourchaire said.

“Wasn’t super confident during free practice this morning, so I wanted to start as much as possible on the front of the grid, so I pushed the limit of the car and it worked.”

Pourchaire’s first taste of the circuit came earlier in the day in a single free practice session shortened by two red flags.

“It was not easy [in qualifying],” he added. “Because it was my first time in Monaco today, and P14 this morning in free practice, not super confident. A lot of traffic as well.

“But coming into quali, I just wanted to do the best job possible, to also enjoy, because it’s not every day you can drive around Monaco in F2, it’s not everyone [with that chance] as well. So I just enjoyed. It was amazing, and I did the pole, so I’m super happy.”

He will start from 10th for his first race on the circuit, as F2 reverses the results of the top 10 in qualifying to set the grid for its first sprint race.

When asked by Formula Scout of the importance of the pole, the teenager hailed his lap as the greatest of his career.

“Yes, I think so,” he replied. “First of all, driving around Monaco is so good and doing the pole there is amazing. I took a lot of risks, but I did a really good lap. And I think it’s the best pole of my career.”

He added that becoming F2’s youngest poleman on a circuit new to him does hold value.

“It means a bit. Being the youngest polesitter, okay, it’s fine. You know, it’s not easy to be the youngest. I was almost always the youngest in every category in my career. So I had a lack of experience every time.

“Now being on pole for my fourth F2 weekend but second of the year, in Monaco, a new track for me, it means a lot.”