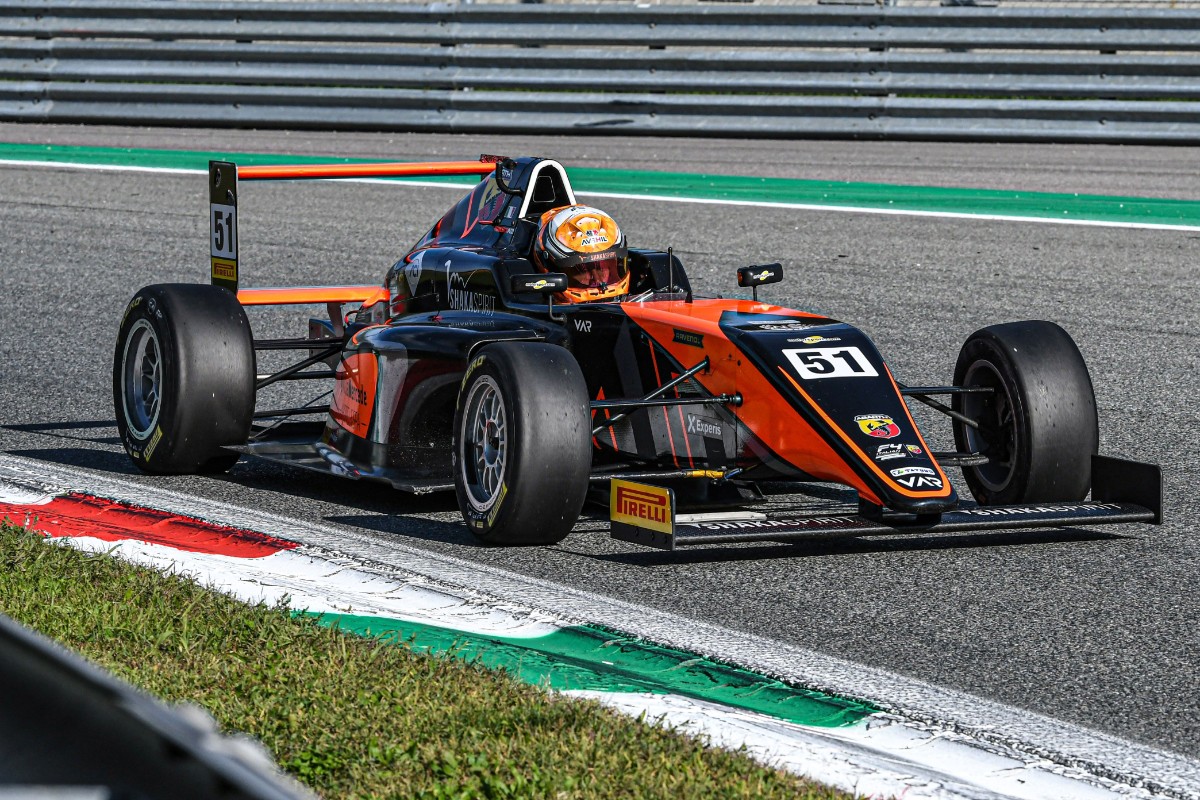 Francesco Pizzi has been declared winner of the first Italian Formula 4 race of the weekend at Monza, as Gabriele Mini has been handed a post-race penalty.

Prema’s Mini beat Van Amersfoort Racing’s Pizzi to the finish line in the 14-lap race by just 0.015 seconds in a photo finish.

The pass for the lead from Mini came on the very last corner of the last lap, taking the outside line of Parabolica to draw alongside Pizzi and then drag his way past his title rival as they met the chequered flag.

However Mini was deemed to have crossed the white line on the outside of the corner that marked the legal limit of the track, meaning Mini’s move actually occurred while he was off-track according to the stewards.

The resultant five-second penalty drops points leader Mini down to 10th in the final race classification, with the field closely packed after a safety car period.

Pizzi inherits his second win of the season ahead of Cram Motorsport’s Andrea Rosso and Jenzer Motorsport’s Filip Ugran, and passes Rosso for second in the points as a result.

Below is the updated race result and championship standings: