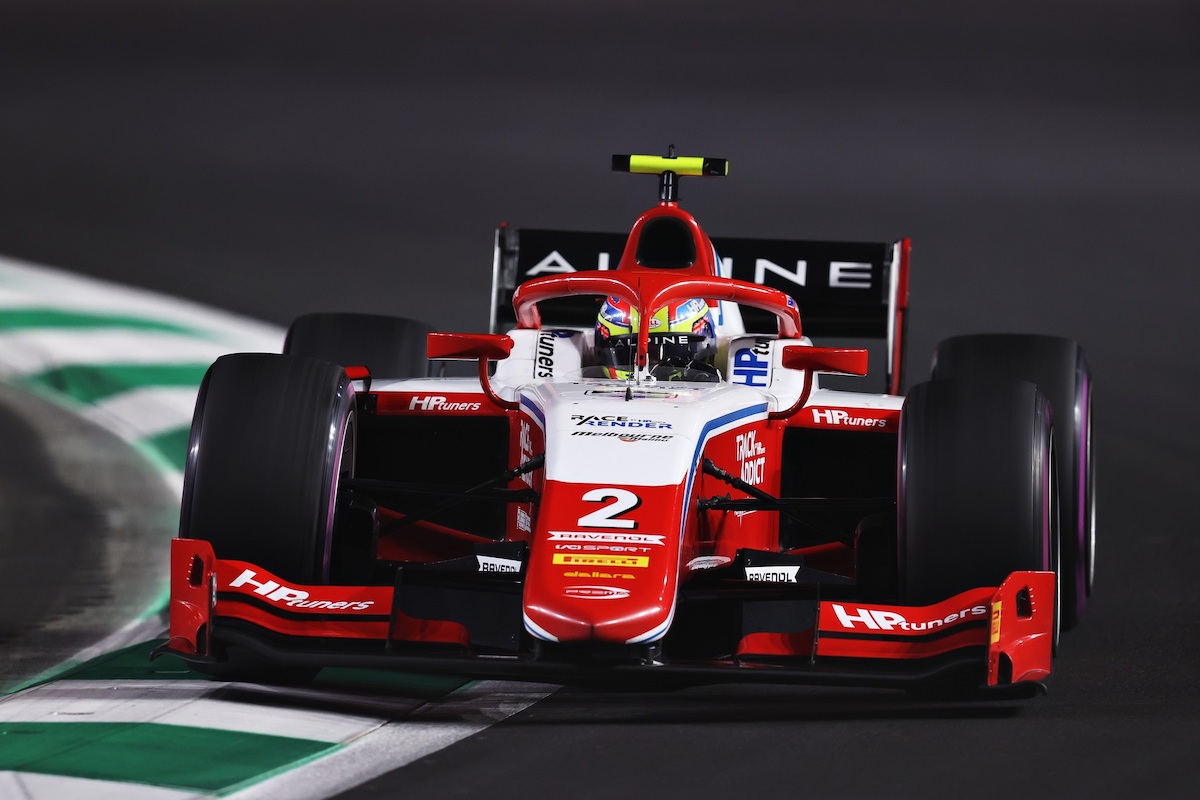 Oscar Piastri claimed another Formula 2 victory to increase his championship lead to 50 points in an eventful race two in Saudi Arabia.

Right at the start, MP Motorsport’s Clement Novalak lost control of his car under braking and collected race one winner Marcus Armstrong, bringing the race of both to an early end.

In a separate incident, Charouz Racing System’s Guilherme Samaia made contact with HWA Racelab’s Alessio Deledda as he tried to squeeze between the Italian and Campos Racing’s Ralph Boschung. Such contact resulted in the retirement of both Samaia and Deledda, and safety car was deployed to clear all four cars.

The race was resumed on lap five of 20. Carlin’s Jehan Daruvala held on to the lead ahead of Prema’s Oscar Piastri and ART Grand Prix’s Christian Lundgaard, who had passed Trident’s Bent Viscaal in the opening lap.

Virtuosi Racing’s Felipe Drugovich passed Hitech GP’s Juri Vips for fifth place with a late move in the last corner. Vips tried to regain the position in the main straight, but he touched Drugovich’s left rear tyre in the process, broke his front wing and hit the pit wall, bringing the safety car out again.

At the restart, Daruvala heavily locked up his tyres under pressure from Piastri, but kept the lead after going through the run-off of turn one. This earned the Indian driver a five second-time penalty which would drop him from second on the road to 14th following a late safety car, a sanction he protested over the radio.

Piastri would be able to pass Daruvala on track later in the race after several attempts to take his fourth win of the season.

Behind them, an intense battle was taking place between Lundgaard and Viscaal for third place. The Dane also earned a five-second penalty for staying ahead of his Dutch rival after running wide in turn one, even though ART suggested he give back the place.

With the penalties applied to the two cars ahead of him, Viscaal would step on to the podium in second place and Prema’s Robert Shartzman, who finished fifth on the road, completed the podium.

Jack Doohan drove a great second race in F2 to finish fifth. The FIA F3 runner-up made the most out of every opportunity to climb from 11th on the grid and battle Dan Ticktum, who took fourth.

With three laps to go, Hitech’s Liam Lawson lost control of his car at the exit of the banked turn 13, ending up in the wall. The race finished behind the safety car as there wasn’t enough time to recover Lawson’s car.