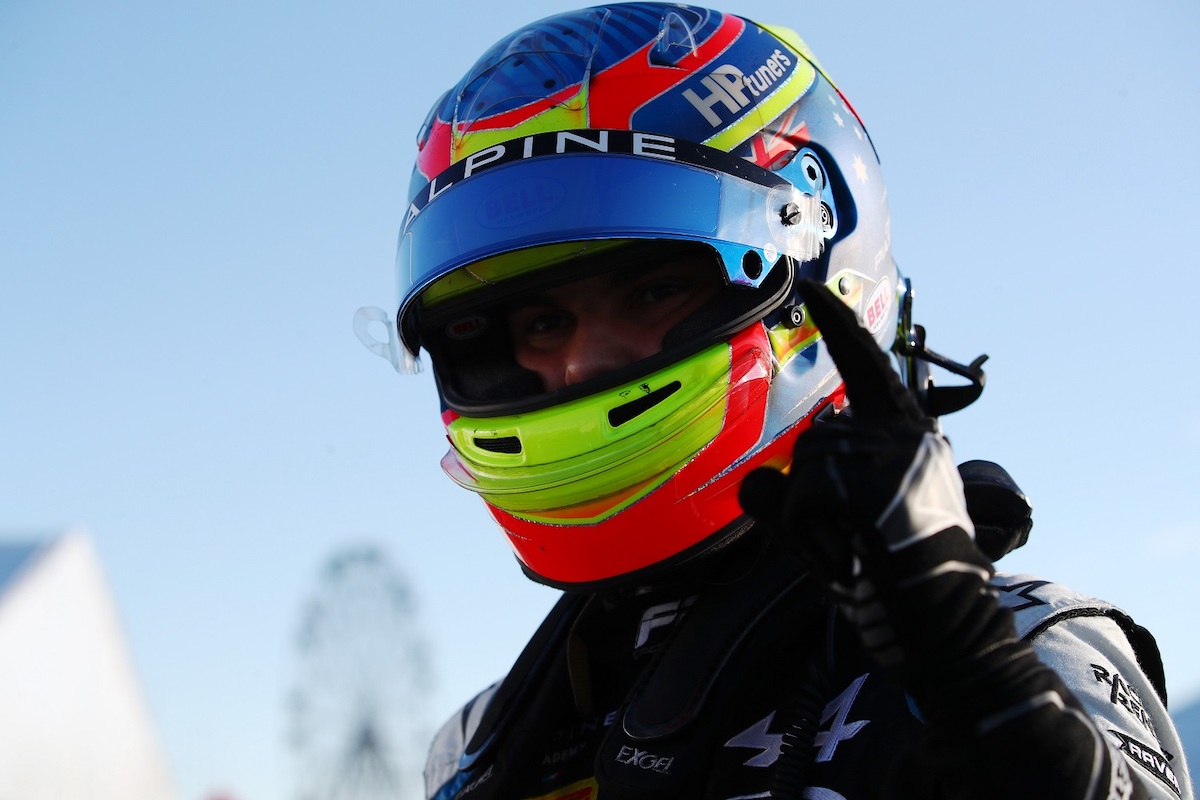 Formula 2 championship leader Oscar Piastri feels his third successive pole position in Sochi is the best qualifying lap that the Prema driver has done in the series to date.

Piastri came into F2 off the back of a championship-winning FIA Formula 3 campaign where he didn’t qualify in the top two at all.

However, he has focused on one-lap pace and has duly showcased speed on a Friday, taking successive F2 poles at Silverstone, Monza and Sochi.

“Mostly [the session] was good, and it obviously ended very well,” Piastri said. “My first lap wasn’t great, and I had to find quite a lot of time.

“The three laps after that were very good and the last lap was probably the best pole of the year in terms of my driving. I was very happy with that!”

“I think that [putting a lap together] was kind of what I was missing throughout the whole day. I’d been quick, but I hadn’t put it altogether yet. I think on the last lap I had a few mistakes to iron out from the laps before, and on that last lap I nailed almost everywhere, I would say.

“That last lap was very good and it’s such a fine line between being under the limit and being slow or pushing and being sideways. It was tricky to find the limit.”

With Saturday’s running expected to be wet, Piastri said that “starting 10th [in sprint race one] is not ideal for that. [I’ll] try and survive Turn 2 firstly and stay in the top 10, get points and get a good starting position for sprint race two, if it happens.

“That’s kind of been the aim all year with this format, that’s the strategy you have to go from qualifying.”

Piastri’s fellow rookie Theo Pourchaire qualified third, a result the ART Grand Prix was pleased with after a tyre issue affected his first run in qualifying.

“It was a good qualifying session,” Pourchaire said. “P3 is nice considering we had an issue with the first set of tyres. We had a lot of vibration because Pirelli did a mistake with the weight of the tyre. One tyre was lighter or heavier than the other ones, and it created a lot of vibrations. Then the second set was good.

“P3, it’s a good starting position for the feature race and I’m really confident and looking forward to the rest of the weekend, maybe in the rain, maybe in dry conditions. But anyway, I will give it everything, I need a lot of points.”