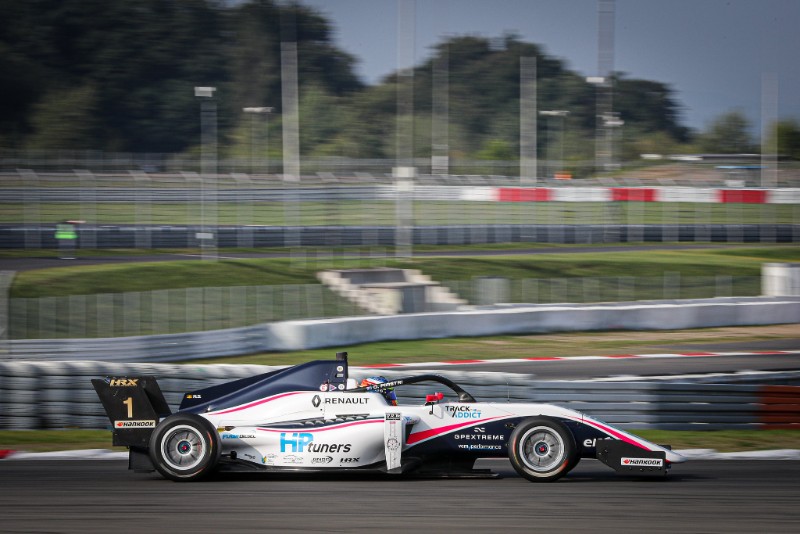 Oscar Piastri broke down a race-long defence by Patrik Pasma to take Formula Renault Eurocup victory in the first race at the Nurburgring.

Championship leader Piastri took pole, but a poor start meant Arden’s Pasma was able to drive around the outside of him for the lead at Turn 1 on the opening lap.

From there, Pasma held off Piastri for lap after lap until Piastri had a strong enough slipstream to move to the outside of the leader at Turn 1 towards the end of the race.

Pasma used up all of the available road and more in defence, but Piastri was still able to get past and immediately pulled away up front.

The second Arden car of Alex Quinn, making his single-seater return, had occupied third until Pasma backed up the front group and he was overtaken by Piastri’s R-ace GP team-mate Alexander Smolyar.

Piastri’s title rivals all qualified down the order, but all made up multiple positions on a chaotic first lap that led to a safety car. MP Motorsport’s Victor Martins progressed to fifth, but his team-mate Lorenzo Colombo ended up retiring and losing ground in the title fight.

FA Racing by Drivex scaled down to one car for the Nurburgring, with Alex Karkosik occupying the seat and making his championship debut. He appeared down on power at times but finished 14th.