Home Formula 2 Piastri and Shwartzman on each other: “Strongest team-mate I’ve had”
Formula 2News

Piastri and Shwartzman on each other: “Strongest team-mate I’ve had” 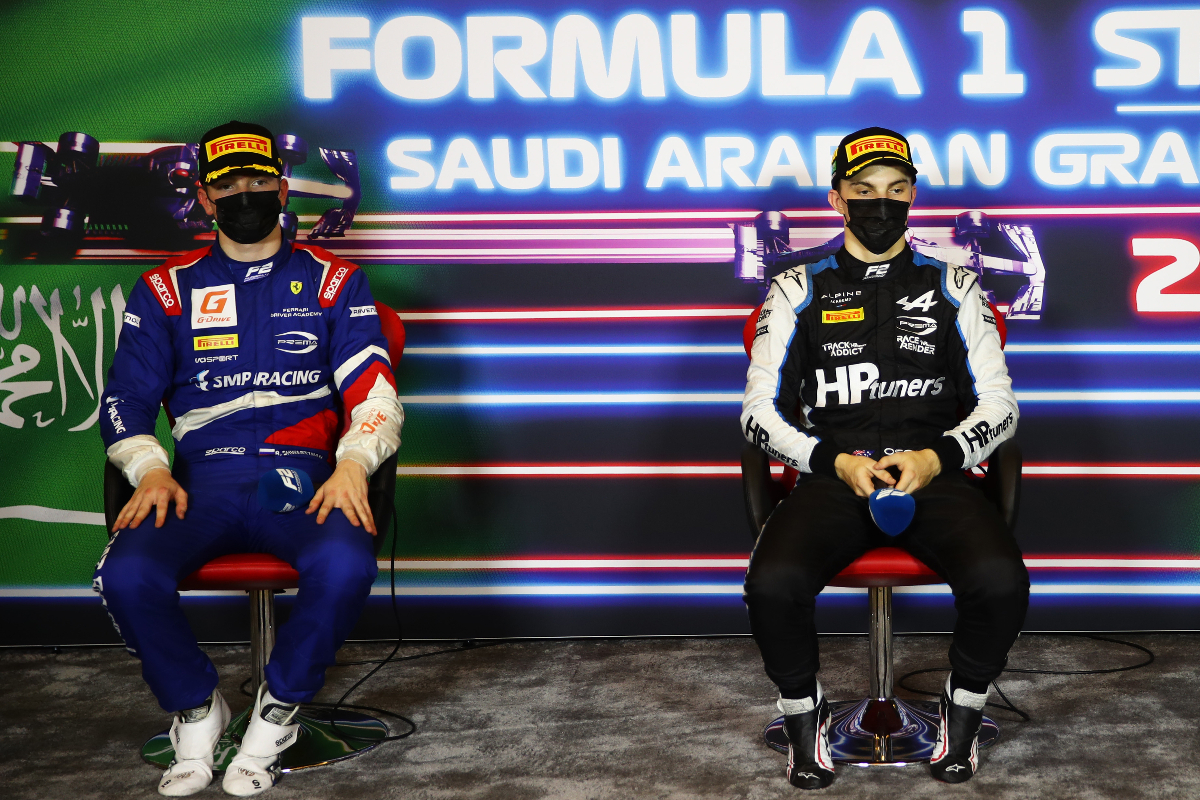 Robert Shwartzman has highlighted Oscar Piastri’s “impressive” qualities on and off-track ahead of their title showdown, with each Prema driver hailing the other as their strongest team-mate yet.

Alpine junior Piastri is on the verge of securing a historic trio of consecutive titles, having secured Formula Renault Eurocup and FIA Formula 3 Championship crowns, and holds an enormous Formula 2 points lead ahead of this weekend’s finale.

He has won the last three feature races from pole, while nine consecutive top-fives means Ferrari junior Shwartzman goes to Abu Dhabi as his closest rival. After coming one-two in Jeddah last Sunday, Formula Scout asked them to evaluate each other.

“It’s a calm sort of ambience in the team,” Shwartzman explained. “We work really well, also the engineers and all the people around are very chill, very calm so it’s a nice ambience.

“As a driver, Oscar is really, really strong and competitive, and I’m actually quite surprised because he’s always there when it’s the time, you know? Like, when the time is to show up to get the points, to get the result, Oscar is always delivering.

“So it’s quite impressive because he’s always there. You normally expect sometimes maybe do some mistake or lose it somewhere, but still Oscar is consistently delivering the job. It’s getting me to push more and more, so I try to work more and to get more [out of myself].”

Shwartzman went on to explain where he and Piastri compare in strengths.

“I think generally race pace we were close, but we were changing up and down who was strongest. In quali, Oscar was definitely stronger this year. I have to admit it, I was struggling quite a lot.”

Piastri meanwhile had Logan Sargeant and Frederik Vesti alongside him at Prema in F3 last year, and Formula Scout asked the title rivals how they compare to their previous team-mates.

“Oscar is just very consistent and very calm, very, very chill,” he said. “To be honest, I must say that with the previous team-mates, they were all quite different. Some of them were a bit more aggressive, some were chill but in a different type of way.

“Yeah, I must agree [with Piastri] that he was probably the strongest team-mate I’ve had in my career too. He’s not losing his control, that’s the impressive part. At some points in some situations, I’ll be like ‘okay, it’s quite tricky, maybe he’s going to do some mistake’ but he’s just very calm and that’s the strongest point of Oscar: he’s always, always chill.”

Leading by example? What do Jeddah antics mean for junior series?