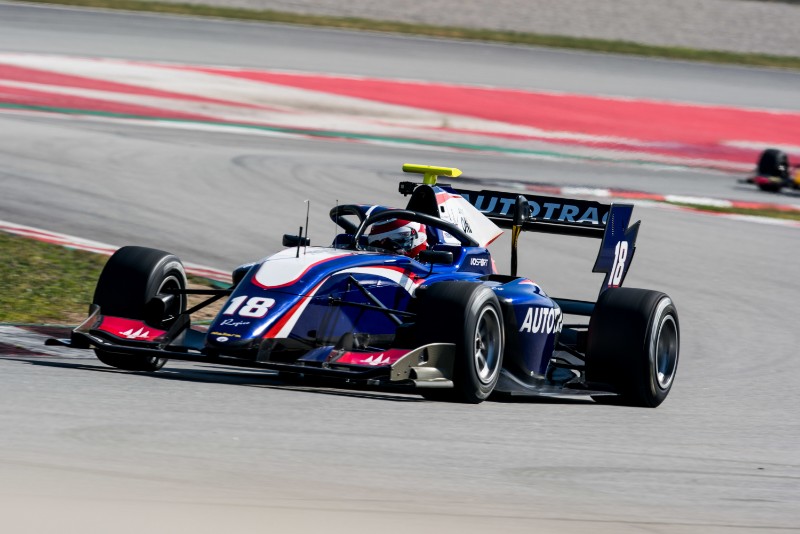 Fellow European F3 star and Ferrari Formula 1 junior Robert Shwartzman held top spot for the majority of the session with Prema, and was the first driver to lap below the 1m35s threshold.

His rapid benchmark time was toppled in the final minutes of the session by GP3 race-winner Piquet. The Brazilian posted a 1m33.255s time to end the 45-minute session fastest.

Red Bull junior Vips was another driver to vault up the order late on. Driving for Hitech GP, which with Prema has joined the championship from European F3, Vips missed out on first place by 0.009s.

Shwartzman ended up third, narrowly ahead of the second Trident car of GP3 veteran Niko Kari.

Jake Hughes, who struggled to make the Pirelli tyres work during a lacklustre 2018 GP3 season, lost time in the final sector but still ended up fifth fastest for HWA Racelab. The German team is new to conventional single-seaters, having raced in touring cars for several decades.

Reigning GP3 champion team ART Grand Prix – the squad which scooped all but one of the nine teams’ titles – failed to factor at the top. David Beckmann’s session involved an early tangle with Sauber junior Fabio Scherer, where the German tagged the back of Scherer’s car and damaged his front wing.

He quickly returned to the track and was briefly fastest before slipping back to ninth. ART team-mates and Renault juniors Christian Lundgaard and Max Fewtrell were 12th and 15th.

Pre-season pacesetter Leonardo Pulcini set his fastest time early in the session but ended up 24th for Hitech.

FIA Formula 3 2019 season preview: A guide to a mega grid