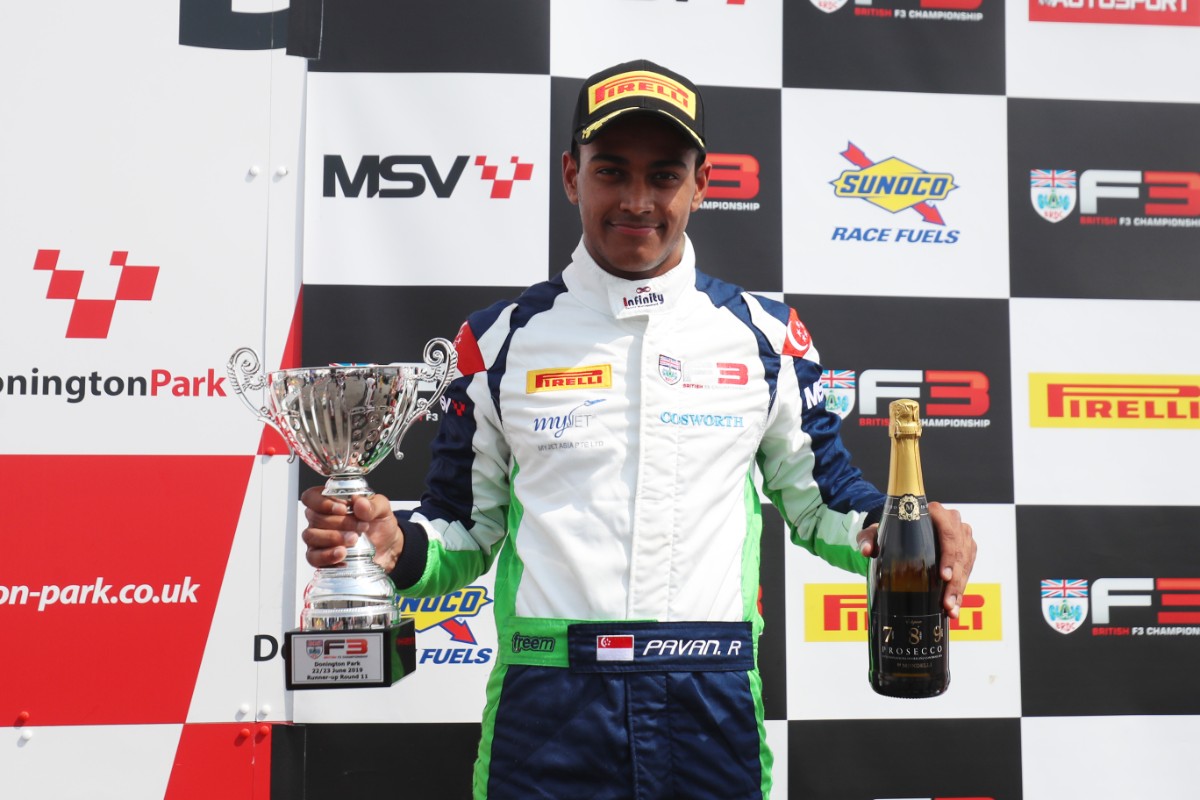 BRDC British Formula 3 race-winner Pavan Ravishankar has been denied a move into Euroformula this year with Motopark due to being summoned for national service in his home country Singapore.

The 20-year-old was due to race for Motopark’s new Japanese offshoot CryptoTower Racing Team in Euroformula in 2020 after testing with the team over the winter, while he also pursued deferment from his National Service duties.

That venture has ended up being unsuccessful, and Ravishankar has described his predicament on Instagram.

“As of this week, I have had to enlist in National Service (The Singapore Army) for the next two years,” he said.

“National service is a mandatory requirement for all Singapore citizens and PRs. Over the last two years, my family and I, have exhausted all our options fighting for a deferment that would allow me to pursue my racing career ? sadly, this request was denied.

“This left me with one option of renouncing my Singapore PR however, the repercussions of this significantly outweighed the positives. It is with great sadness that I now have to say goodbye to Racing for the next two years.”

“These past nine years in motorsport have been the most incredible years of my life – a journey that I will never forget. It has taught me the most valuable lessons that could never be learnt elsewhere, and ones that I will carry with me wherever I go.”

Ravishankar started his car racing career in Asian Formula Renault in 2016, which he became a race-winner in in his second season. He also made his British F3 debut that year with Double R Racing, who he stuck with for his first full campaign in 2018.

A win at Silverstone and a second place at Donington Park were the highlights of his season, results he failed to improve on his return a year later. He did perform well back in Asia though, taking fifth place in the Asian F3 Winter Series with Hitech GP.

“I would like to take this opportunity to sincerely thank each and every individual who has worked alongside me or supported me throughout my racing career thus far, my journey wouldn?t have been what it was without you.

“Motorsport is more than just a sport, it is a family; and one that I will always be a part of. This is not the end, but rather just the beginning of a new chapter for me. Now it?s time for me to serve my nation! I hope that everyone is doing well and staying safe amidst these unprecedented times.”