It’s time to start looking back at the drivers who caught the eye in 2011. Here are those that we ranked 20 to 11…

The original plan for this countdown was just a simple top ten, but we found there we so many young drivers who deserved a mention for their efforts – so it became a top 20! Even then we’ve had to miss two or three guys out…

Sims began the year as one of the title favourites after two years in F3 Euro Series, and began well with a sprint race win in Turkey. Barcelona was a disaster as he was twice taken out in opening lap incidents, but took the points lead in Silverstone. His race one performance on home soil was one of the drives of the year in GP3, picking off driver after driver to finish second after starting from the pits due to a tyre change as rain hit.

A small technical infringement caused disqualification from the first race in Hungary, and he failed to score a point from there onwards in a disasterous run of form – and luck. He made a winning return to F3 at Donington in preparation for Macau, but his entry to the classic race would end in disaster as he crashed on his out lap to the grid for the qualifying race, summing up the second half of his season. 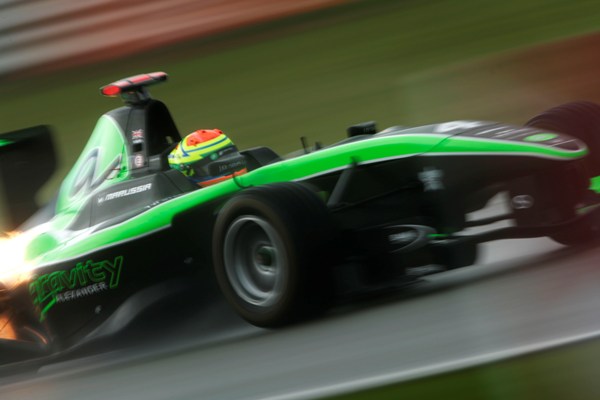 The sheer power of the ex-A1 Grand Prix cars used in the Auto GP series make Ceccon’s achievement in his rookie season all the more impressive. After two years relatively off the radar in the Spanish-based European F3 Open series, the Italian stepped into Auto GP at just the age of 17, and promptly took a podium finish first time out at the fearsome Monza. He may have only won once on his way to the title, but the consistency that he showed displayed fine maturity for a boy of his age.

Series organisers Coloni were impressed by him from the word go, and gave him a chance in their GP2 squad. Was amongst the frontrunners in the GP2 Final in Abu Dhabi, and then got the opportunity to test for Toro Rosso. A full-time step up to GP2 with Coloni is on the cards for 2012. 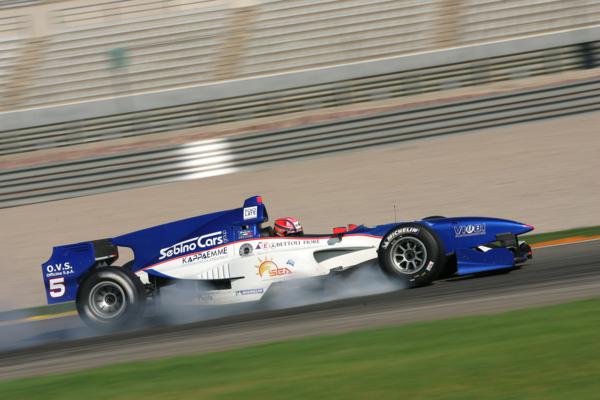 Juncadella may not have been able to match his teammate Merhi over the course of the year, but that would be expected given he has had one less year of racing in F3. He was able to get the better of him on occasion though to rack up multiple wins, and the man he narrowly missed out on second place overall to – Marco Wittmann – is also more experienced.

He may not have been the quickest driver in Macau that weekend, but he still delivered a fine and mature performance when it really mattered. Macau is one hell of a demanding circuit and to fight his way to the front like that while keeping it out of the walls was an acheivement. That result has boosted his standing considerably. Would like to do GP2 next year, but backers Mercedes could place him in the DTM instead. 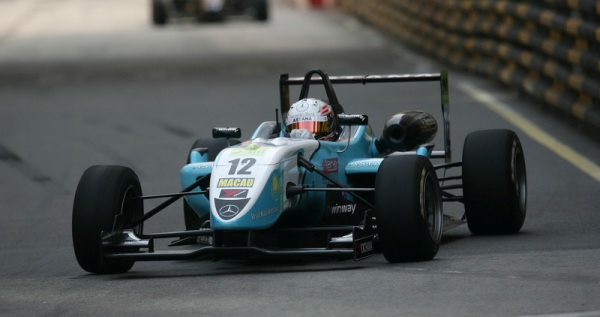 Williamson came off the back of a 2010 season that saw him win the McLaren Autosport BRDC Award and top the timesheets on his GP3 testing debut. Expectations were high, but the Scot didn’t disappoint, with a fine mid-season run that began with pole in Valencia, and brought the fantastic highlight of leading home a British 1-2-3 on the morning of the British Grand Prix. Unfortunately, he couldn’t keep that form up until the end of the season, but still ended up as the best newcomer at that rung of the feeder series ladder.

He also caught the eye of Red Bull bosses, replacing Daniel Ricciardo on two occasions in FR3.5, and also doing simulator work at Milton Keynes to aid the world champions. Could return to GP3 next year for a title shot, or move up full-time to FR3.5. Ended 2011 by being selected as a member of the FIA Institute Academy. 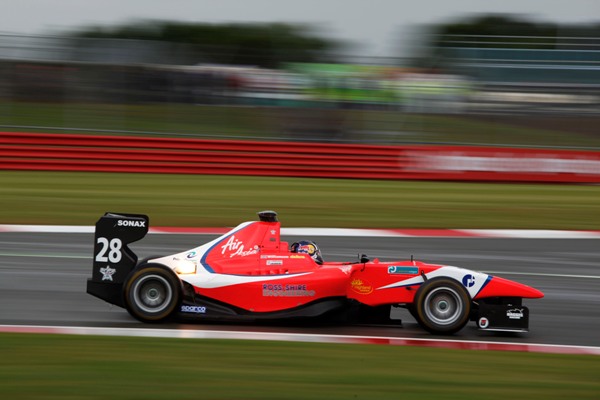 A record-breaking season from Lynn, with 12 wins from 20 races in his national Formula Renault series. The only thing preventing him from being any further up in this countdown is the lack of other second-year drivers in the championship to rival him.

Still, he was quick on his two appearances in the Eurocup, taking pole position at Silverstone. Will step up to British Formula Three next year, where the pressure will be on to at least be the top rookie after his form this season. Joined Williamson is being selected for the FIA Institute Academy. 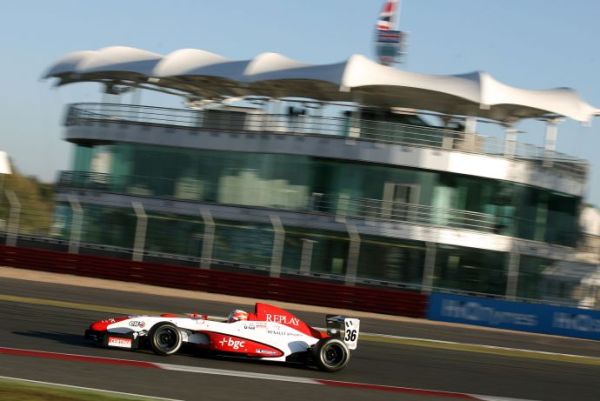 Melker’s first GP3 season in 2010 was an odd one, taking pole for the first two meetings but only scoring a single points finish at the finale at Monza. 2011 was better from the start, winning the season opener in Istanbul. Remained in contention until the end, though he couldn’t quite deal with the strength of the ART duo Bottas and Calado in the closing races.

Also ran in the F3 Euro Series, winning his first ever F3 race and taking three further wins, as the only rookie at the sharp end of the field. Enjoyed a solid GP2 debut in the Abu Dhabi Final with DAMS, and will look to make the full-time step for 2012. 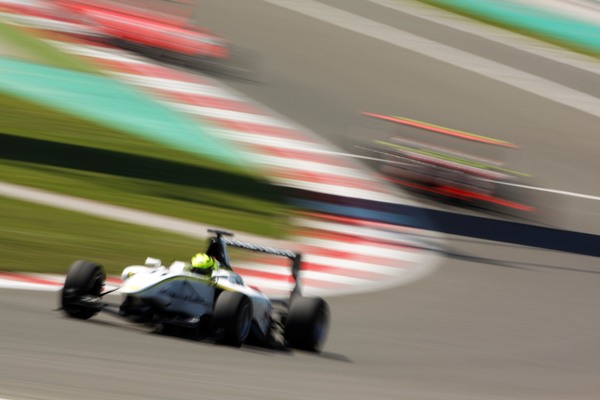 American Rossi couldn’t keep up with title protagonists Wickens and Vergne over the course of the season, but he did end up coming out on top of the battle to be the best of the rest. Won the season opener in Aragon, and podiums followed in Monza, Hungary and Silverstone before a second win of the year at Paul Ricard.

Was snapped up by Tony Fernandes at the start of the year and finished it by racing for his Caterham AirAsia squad in the GP2 Final in Abu Dhabi, and then testing for Team Lotus a few days later. A full campaign in GP2 beckons in 2012 for one of motor racing’s hottest properties. 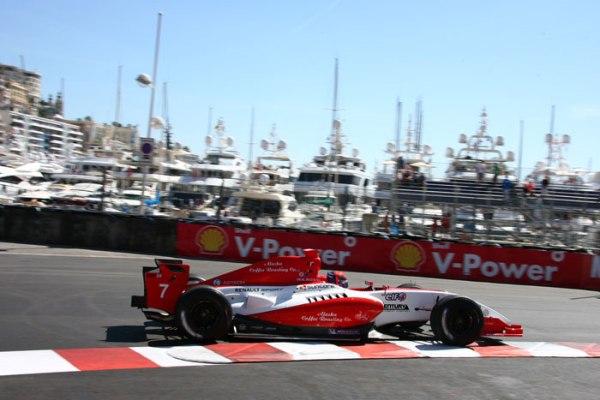 Arriving out of Formula BMW for just his second season in cars, the Red Bull Junior made a flying start in both of the Formula Renault series he was contesting. Although a poor patch of mid-season form prevented him from winning the Eurocup, he ran away with the NEC.

Will step up to British F3 next year, and few would bet against him following in the footsteps of Alguersuari, Ricciardo and Vergne by winning the title. He raced in the Euro Series finale at Hockenheim and qualified a mighty third, even if his luck deserted him for the races. 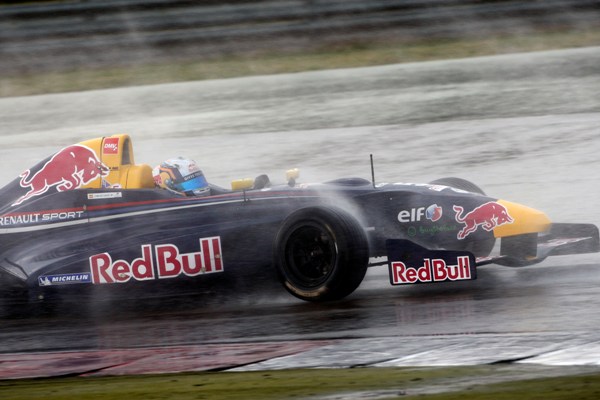 The Estonian youngster jumped up to FR3.5 after winning made a sensational debut in FR3.5 by winning on his first weekend at Aragon. Further victories followed closely at Monza and the Nurburgring to leave him in there with title chasers Wickens and Vergne. Unfortunately his season collapsed from there with no more top five finishes.

He’d done enough to impress the Renault F1 team though, with whom he enjoys close links through management firm Gravity Sports, who gave him a test at the end of the year. Says he will remain in FR3.5 for 2012, when the pressure will be on for him to win the title. 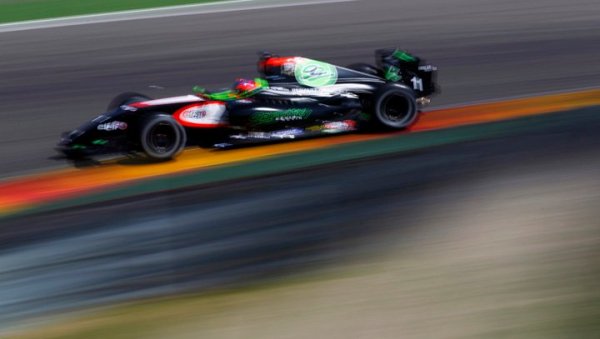 His final ranking in the GP3 standings may not look like much, but the Kiwi teen’s season still earns him a good place in our top 20. At Barcelona – just his second race weekend in Europe and aged just 16 – he took pole position and won the first race. Three top five finishes from the next three races put him the standings lead.

The rest of his season may have been fairly disasterous, but he did qualify on pole at the Nurburgring only for his team to not fit his tyres in time, and he was fighting for third in Hungary before contact with James Calado. Could have won the season finale in Monza too had Calado not pushed him off. 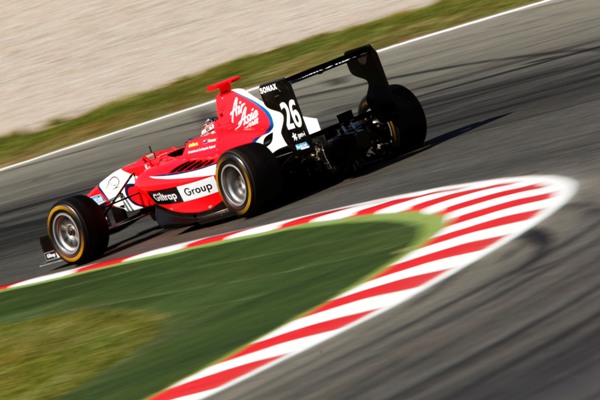 Keep your eyes peeled for the second installment of our top 20, featuring drivers 10 to 1!…