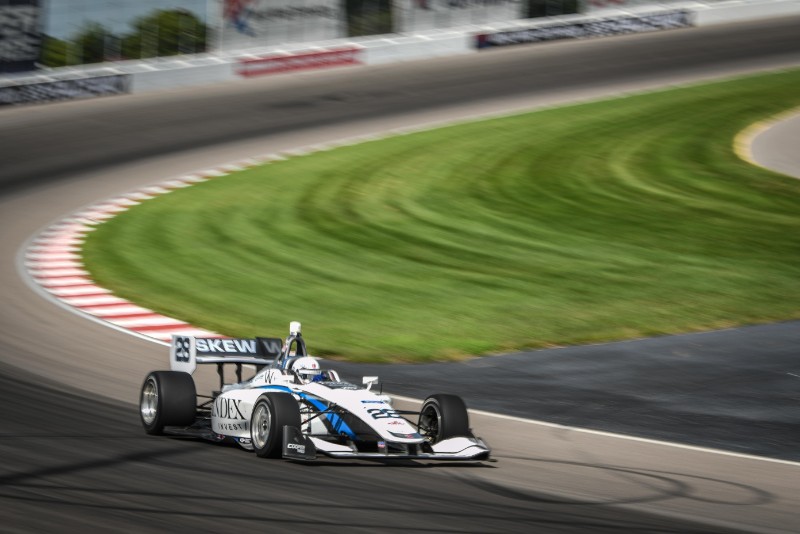 Oliver Askew extended his Indy Lights lead with his fourth win in a row at Gateway Motorsport Park from pole position.

The Andretti Autosport driver lost the lead to title rival Rinus VeeKay during the opening laps, before the yellow flag came out on lap 11 of 70.

Juncos Racing’s VeeKay held on to the lead for the majority of the race after the race got back underway, aiming to close the gap in the standings slightly. However, Askew retook first place with 20 laps to go and held on to the chequered flag.

Askew’s tally of seven wins in 14 races leaves him 52 points clear of VeeKay, with three other drivers still in title contention.

David Malukas completed the podium after passing Andretti driver Ryan Norman – who finished in fourth place – early on in the race, taking the first podium for BN Racing since its rebranding to HMD Motorsports.

Andretti’s Robert Megennis was the highest riser of the race, finishing in fifth from seventh on the grid. Behind him, Dalton Kellet came home in sixth for Juncos, with the sole Belardi Auto Racing car of Lucas Kohl close on his tail in seventh.

Toby Sowery reitired after spinning on lap 11, which caused the only caution period of the race.