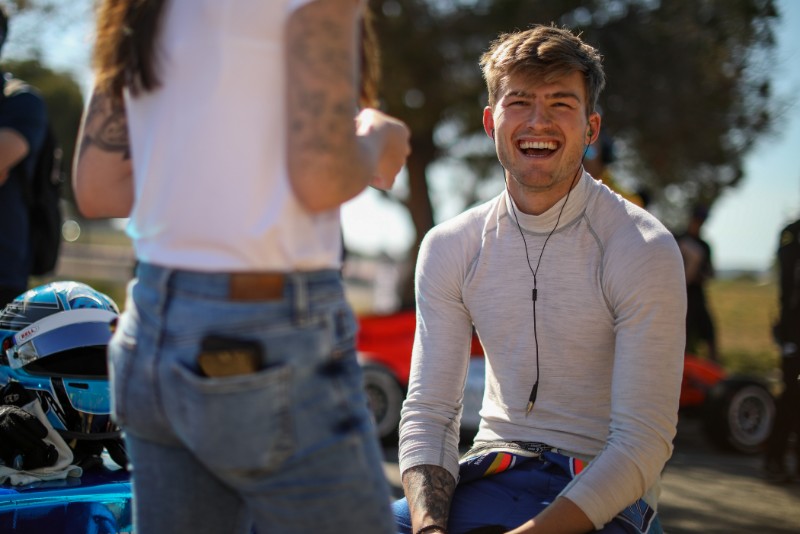 Callan O’Keeffe will switch from FA Racing by Drivex to M2 Competition in this weekend’s Formula Renault Eurocup round at Spa-Francorchamps.

The 23-year-old raced in the Eurocup back in 2014 and ’15, taking three top five finishes, but his racing career has been intermittent since. He has remained involved in motorsport when out of a seat through various driver coaching roles.

His return to the Eurocup with the debuting Fernando Alonso-backed Drivex squad has so far resulted in four points finishes in the first eight races, leaving him 12th in the standings. Toyota Racing Series dominator M2 is also a new team to the series.

?I?m extremely excited to join M2 Competition for the Spa weekend and I have to say a huge thank you to everybody for accommodating me at such short notice,” O’Keeffe said.

“Tuesday was my first day at the workshop and I felt completely at home within an hour or two. Spa?s one of my favourite circuits; old-school and high-speed, and I?ve always been fast there in whatever series I?ve raced, plus I have good experience of the new Formula Renault car from the first half of the season.

“The aim is to hit the ground running and hopefully score some strong points finishes.?

M2’s line-up will be slimmed down to two cars, with Lucas Alecco Roy focusing on his ADAC Formula 4 commitments with Van Amersfoort Racing. Kush Maini, currently eighth in the standings, remains in the team’s other car.

?We?re delighted that Callan has joined us for this weekend?s races at Spa-Francorchamps,” said M2 team principal Jonathan Moury.

“He?s a proven race winner at this level, which will be a huge asset to us in such a competitive race series. Plus, he knows the car and has been competing in the Eurocup already this year, so the learning curve won?t be anything like as steep as it has been for some of our rookies. He and Kush should make a strong pair and we?re aiming for some good points.?

O’Keeffe isn’t the only departure from Drivex for this weekend, with Patrick Schott also conceding his seat.

The Spanish team remains at three cars though, as it brings in Angolan-Portuguese Rui Andrade from its Euroformula Open programme and its Spanish F4 leader Franco Colapinto.

Andrade raced in Spanish F4 last year, and is currently 19th in the EF Open standings as Drivex’s sole driver. His best finish is an 11th place, although his overall pace has improved recently since he started being driver coached by O’Keeffe.

Colapinto, already racing with Fernando Alonso backing, made a winning cameo in Spanish F4 in 2018 before embarking on a title challenge this year. The Argentinian is also a winner in the Youth Olympics, and has experience of Spa after being drafted into Drivex’s EF Open line-up at the circuit earlier this season.

American Brad Benavides continues in the team’s third car, and will be aiming for his first points of the season.