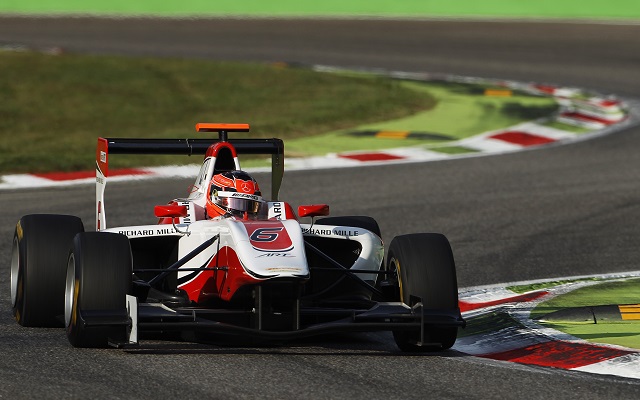 Esteban Ocon topped the GP3 practice session at Monza, narrowly claiming the lead ahead of Luca Ghiotto and Emil Bernstorff.

The Mercedes-bound Frenchman spent the entire running at the sharp end, trading the lead with Ghiotto a couple of times.

In the end, Ocon ended up 0.053 seconds ahead of championship leader Ghiotto, while Bernstorff completed the top three, also less than a tenth off the pace.

Matt Parry, who will be eager to rebound from a disastrous Spa weekend, was fourth fastest, followed by Carlin’s Mitchell Gilbert and ART’s Marvin Kirchhofer.

Matheo Tuscher ended the session in seventh, while the top ten was rounded out by Artur Janosz, Kevin Ceccon and Ralph Boschung.

Other newcomer Amaury Bonduel kicked off the weekend in 21st, falling more than three seconds shy of Ocon.