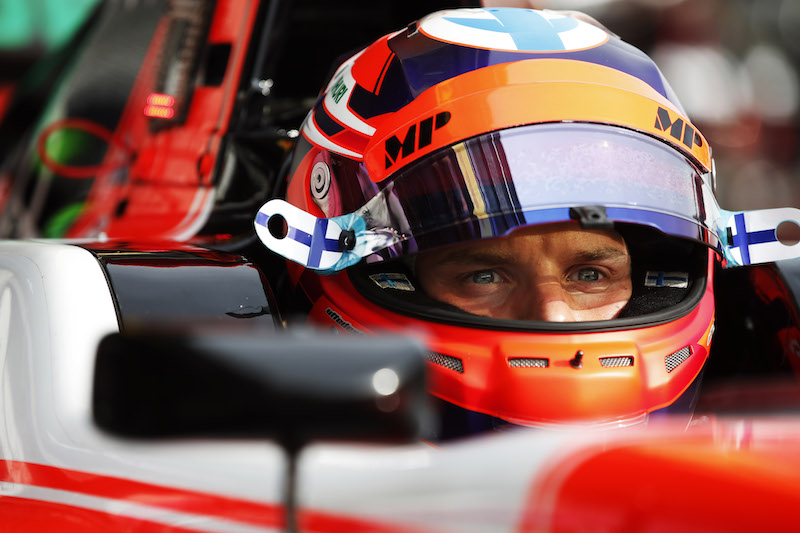 The 22-year-old will fill Jenzer Motorsport’s third car in a one-off, marking his first appearance in the Formula 1 support series since 2019. Kari raced in F3’s predecessor GP3 from 2016 to ’18, winning one race and coming 10th in the 2017 points.

After getting the chance to do two rounds in F2 with MP Motorsport in 2018, he then raced in F3’s inaugural season in 2019 and came 12th with Trident. He was set to race for Charouz Racing System in 2020 but lost his seat days before racing began.

After that disappointment he found a seat in the European Le Mans Series’ LMP3 class with Eurointernational. He came fourth in the standings with two class podiums, and also appeared in the supporting Le Mans Cup.

His focus last year switched to animal hunting in his home country Finland, and he did not contest FIA F3 pre-season testing earlier this month as Patrik Pasma filled the Jenzer car which was without a signed driver.

Kari, also a FIA European F3 race-winner, Masters of F3 runner-up and Formula 4 North European Zone champion, is not anticipated to remain in F3 for the second round at Imola on April 23/24.

Had Jenzer not filled its full roster of three cars for the season opener, it would have been subject to a fine.

There is still one vacant seat on the grid with only five days to go before racing begins, as MP Motorsport has lost Alexander Smolyar from its line-up following sanctions against his home nation Russia and the withdrawl of his backer SMP Racing.

Why F2 testing hinted at who will be at the front, but F3 did the opposite