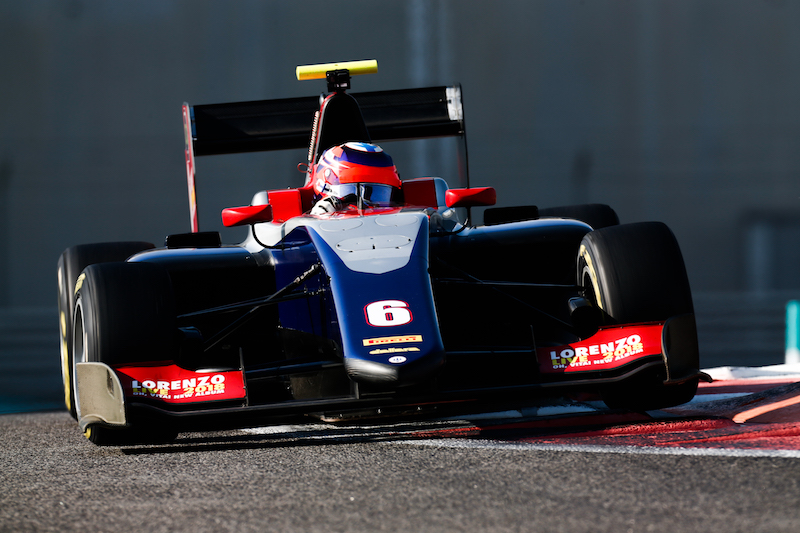 Niko Kari set the pace upon his return to the wheel of a GP3 Series car on day one of the championship’s farewell test.

Kari made the step up from GP3 to Formula 2 for the final two rounds of the 2018 season with MP Motorsport, but moved back to the lower category for the opening day of testing, joining the Trident team.

At the circuit where he took his only GP3 victory in 2017, the Finn was third quickest during the morning session before taking control in the afternoon, lowering the benchmark time to a 1m53.890s.

That more than half a second quicker than second-placed Jehan Daruvala, who remained with MP Motorsport following his competitive GP3 debut last weekend. The Indian, linked to a Prema seat for FIA F3 in 2019, earlier topped the morning session with a 1m54.737s.

Motopark European F3 driver Sebastian Fernandez was the fastest rookie in third after taking over the Campos car driven to victory on Saturday by Leonardo Pulcini.

Devlin DeFrancesco moved from MP to join Kari in the Trident line-up and was second in the morning before improving his time to finish the day fourth.

David Beckmann, three-time race-winner for Trident, moved to ART Grand Prix and was the team’s quickest driver in fifth.

Honda junior Yuki Tsunoda, the only driver with a confirmed seat for FIA F3 next year, had an impressive day for Jenzer Motorsport. Running in a full Red Bull livery, the new Japanese Formula 4 champion was fourth in the morning and sixth in the afternoon.

The team will replace Beckmann with European F3 race-winner Enaam Ahmed on Friday.

Charouz made its first appearance in the series with Arden’s cars with its drivers Marcus Armstrong, Fabio Scherer and Lirim Zendeli finishing both sessions in the bottom five.