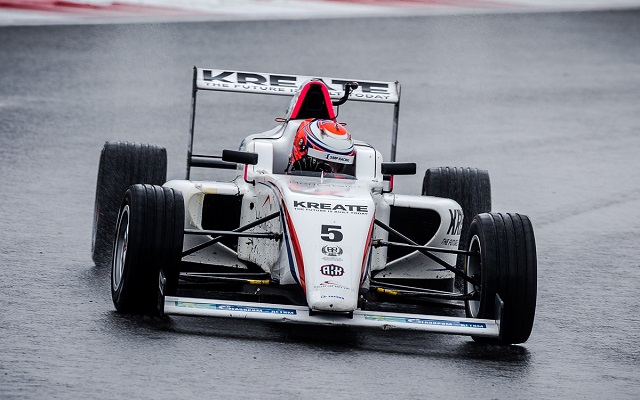 Niko Kari continued to be unbeatable in the third, final SMP F4 race of the weekend at Moscow Raceway and became the first-ever series champion in style.

Starting second alongside Nerses Isaakyan, the Finn was into the lead by the end of the opening lap and cruised to the checkered flag seven seconds in the clear.

Isaakyan, unable to challenge Kari, collected his third second place of the weekend, holding off Nikita Troitskiy, who inherited the position after a drive-through penalty for Vladimir Atoev.

The top ten was completed by Simo Laaksonen, Nikita Sitnikov and Atoev.