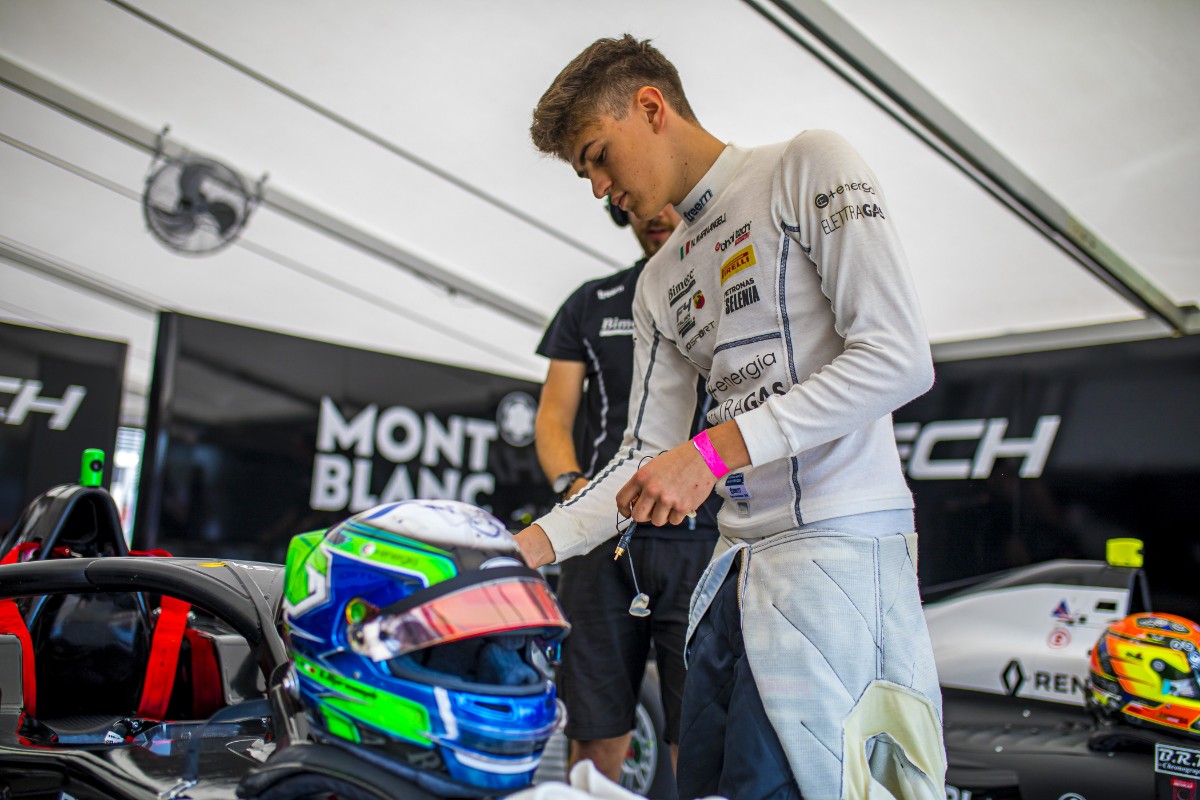 Nicola Marinangeli will miss the next two Formula Renault Eurocup rounds due to a leg break sustained in a road crash.

The 17-year-old Italian is racing for Bhaitech this year, following just over two years in Formula 4 where he picked up one win in the United Arab Emirates championship.

He has a best finish of 11th from his Eurocup campaign so far, taken at the Monza season opener, and due to his injury will miss the Nurburging and Magny-Cours rounds taking place this weekend and the next.

Formula Scout understands Bhaitech already has a driver lined up to replace him for the Nurburgring.

“I was driving home after a bike ride with some friends when a car came [in my way],” Marinangeli told ItaliaRacing‘s Mattia Tremolada.

“To avoid it I ended up with the wheels on the grass, losing control and falling into a ditch. At first I didn’t realize the gravity of the situation, I thought that the right leg was entangled in the brambles.

“As soon as I managed to see it, however, it was clear that it was broken. I called the ambulance who gave me first aid, but since I was far from the Foligno hospital I had to wait for my father to arrive to go there.”

Marinangeli’s right leg will be in a cast for a fortnight, if his recovery runs ahead of schedule, and he intends to return for the Zandvoort round at the end of September. It’s expected to take four months for his leg to return to full strength.