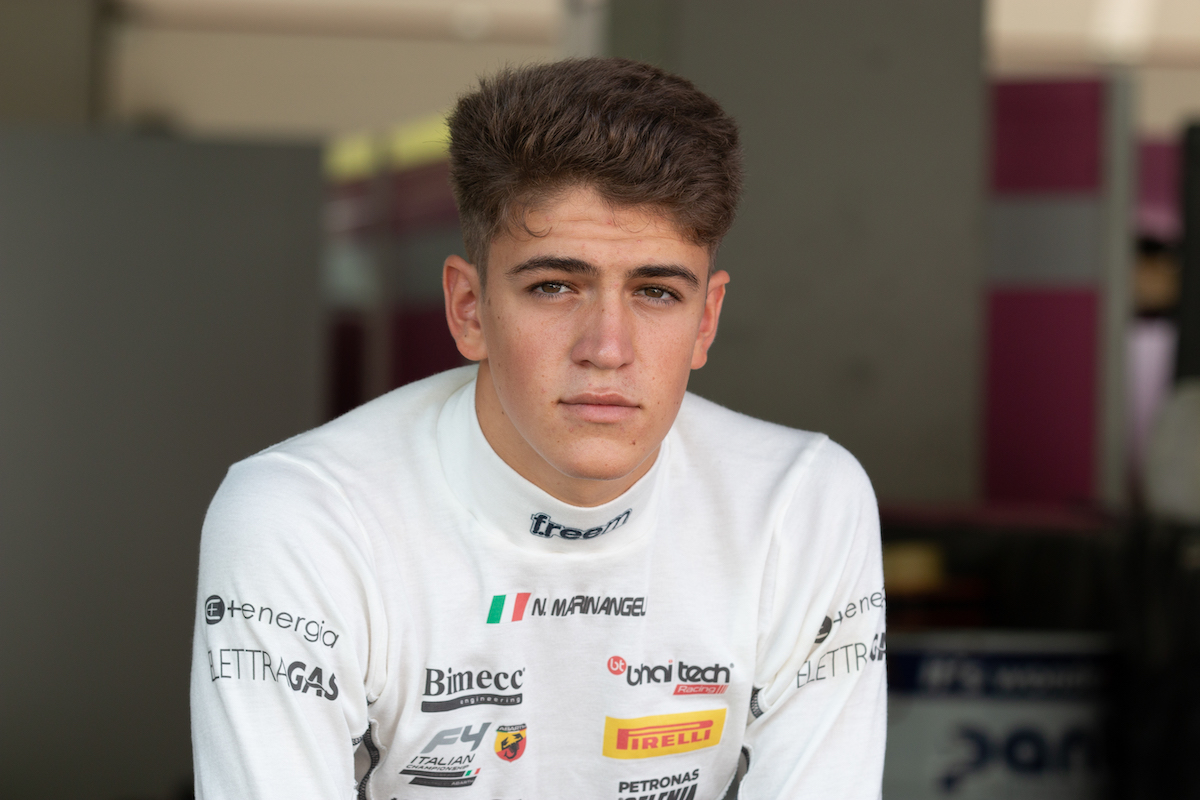 Nicola Marinangeli has moved from Bhaitech’s Italian Formula 4 line-up to it Formula Renault Eurocup team for this year.

The 17-year-old made his single-seater debut in an Italian F4 cameo in 2018, before tackling a full season last year and finishing a pointless 29th in the standings.

His form improved when he entered F4 United Arab Emirates at the start of this year, taking a first single-seater win and fifth in the points.

Marinangeli also starred with Bhaitech in the Eurocup’s pre-season test back in March, although confirmation of his drive only came this Wednesday.

“Car racing has always been my greatest passion,” said Marinangeli.

“I cannot wait to get back on track in Formula Renault after the lengthy lockdown. I train for this new challenge every day.

“I look forward to a positive season with the help of Bhaitech in order to achieve the best possible results.”

Bhaitech team manager Nicolo Gaglian added: “We are delighted for the renewed agreement with Marinangeli for the 2020 Formula Renault Eurocup season. Nicola has been with us in the 2019 F4 season and grew up quite a lot throughout the season.

“He already had the chance to test our Renault F3 car and liked it so staying together for 2020 ended up being the most  natural choice. He will be a rookie again this season, but we are sure that he will leave a great impression.”