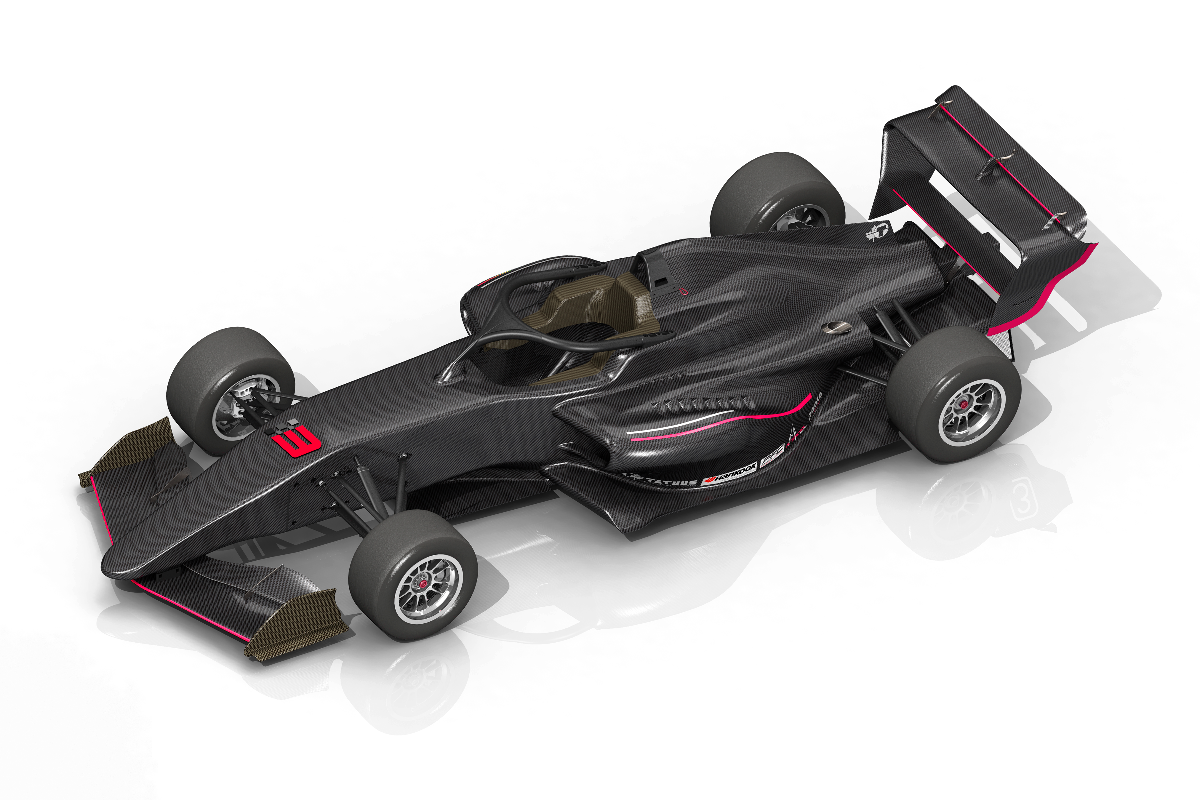 Eurocup-3, the new continental series aiming to sit between Formula 3 and Formula 4 in Europe, has revealed the look of the car it will use.

Tatuus’s T-318 Formula Regional chassis forms the basis of the car, which will run using a tuned-up version of the Alfa Romeo-branded engine that several FRegional series use.

What has now been unveiled is the new bodykit that Tatuus has designed to make Eurocup-3’s car lighter and more aero-efficient than the T-318 that has been campaigned across the world since 2018. No date has been publicly given on when kits will be delivered to prospective teams.

The key parts of the unnamed kit that will visually distinguish it from the base FRegional car is new sidepods, front wing and Formula 1-inspired rear wing. There’s also an updated diffuser, a new intercooler and a new battery kit.

“The heart of this F3-T318 is a 1750cc turbocharged four-cylinder engine that makes 270 horsepower at 6,000 rpm
with an extra 25hp boost reserved for the push-to-pass system that will ease overtaking on track for the sake of a greater show,” read a statement put out by the series.

“On the other hand, the car/driver maximum weight will be at least 25kg less compared to similar categories”.

Eurocup-3 also confirmed it will use 13-inch wheels due to its Hankook tyre supply, while other series in Europe have looked at following F1 and Formula 2 in moving to larger wheels due to tyre manufacturers focusing on making larger products.

The inaugural Eurocup-3 season will incorporate eight rounds, with four events event in Spain and four in other European nations.