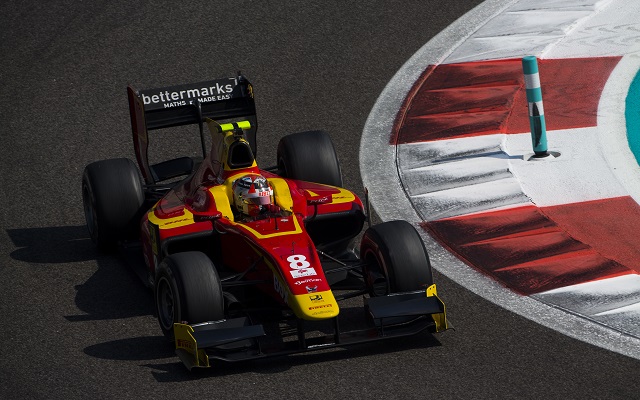 Sophomore driver Norman Nato will switch from Arden to Racing Engineering for the 2016 GP2 season.

The Frenchman finished his rookie year in 18th, scoring 20 points with a best finish of sixth.

He joined the field with two years of Formula Renault 3.5 experience under his belt, finishing seventh at his second attempt in the series.

“I am really pleased to join Racing Engineering this season for the GP2 Series championship,” Nato said. “It is a very experienced team that has already won the GP2 championship twice.”

The Frenchman spent a day with Arden, ART and Racing Engineering over the three days of pre-season testing, eventually picking the latter.

“The Abu Dhabi post-season test went well and it was a logical decision to keep working together for the 2016 season,” he added.

“After a first season to discover and learn about the GP2 series in 2015, my aim is now to be a front runner in every race meeting in order to fight for the title.”

“After seeing the progression he made during last season, it was discussed that he would be ready to join our team,” commented Team Boss Alfonso de Orleans-Bourbon. “We expect Norman to be competitive from the first race of the season since has the talent and the work ethic to step up on the podium from the beginning.”

Nato will join fellow sophomore Jordan King, who was with the team in 2015 as well.